The underlying logic of the Afghan policy is that in order to prevent the risk of Afghanistan becoming a launching pad for terrorist attacks like 9/11, it must be permanently occupied. 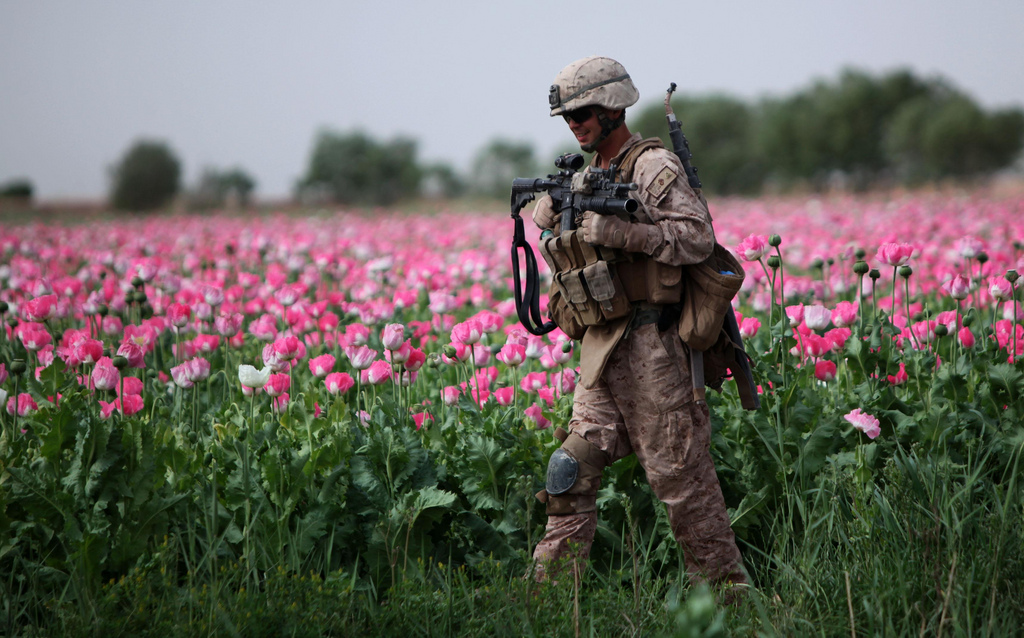 Published in partnership with Shadowproof.

Given America is constantly expanding its military footprint around the world—most recently into Syria and the Central African Republic – one can be forgiven for forgetting about the longest war in the history of the United States: the war in Afghanistan. But a new column by retired colonel and professor Andrew Bacevich pulls the war back into focus, and the picture is not pretty.

Despite over 15 years of support, the government in Kabul currently controls only 63% of the country. It is likely to lose control of more territory with serious advances by Taliban forces in the last year [PDF]. The government has been rife with corruption primarily related to stealing U.S. development funds and facilitating heroin smuggling. Afghanistan remains the world capital for opium production, and is even hitting new highs.
None of these problems are new. Former Afghan President Hamid Karzai’s own brother was allegedly one of the biggest heroin dealers in the country. And the Taliban have never really been under threat of being outright defeated, so much as temporarily setback.

But that’s the point. The war has gone nowhere and, even though there are no prospects for victory, it continues on and on. There remains no solid plan for the U.S. to either succeed or withdrawal from Afghanistan. In truth, there does not appear to be much of an interest in coming up with such a plan from anyone within the federal government.