A renaissance of political printmaking seeks to counter cultural domination and give voice to the disenfranchised. 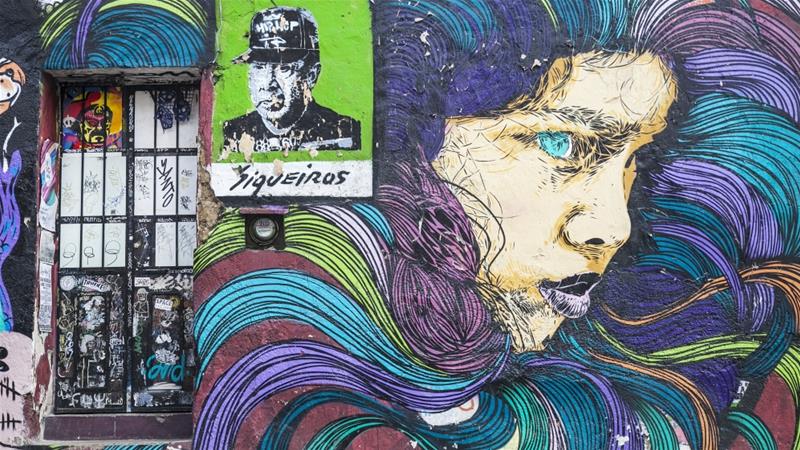 Oaxaca, Mexico – This past October at Espacia Zapata, a print shop on a colourful city street in Oaxaca, Mexico, a group of artists from the art collective Assembly of Revolutionary Artists of Oaxaca (ASARO) gathered, surrounded by large hand-cranked presses and stacks of ink covered printing screens.

That night they took to the streets, illegally pasting politically charged screen prints on the walls of Oaxaca City, one of Mexico’s premier tourist destinations, a UNESCO world heritage site and – for the past 10 years – the centre of a burgeoning political street art movement that has arisen from the political turmoil in the southern state.

“The simple act of sticking something out on the street means now you are a criminal,” said Ivan Michel, one of the artists.

“Our art counters and is subversive. [It is] social and, in some cases, it’s political,” added Mario Guzman, another ASARO artist, speaking about the collective’s mission to provide alternative commentary to the state-driven narrative which permeates Oaxacan society and silences dissent, often violently.