Interior ministry says incident in which man was shot after seizing weapon from soldier, forced airport to be evacuated. 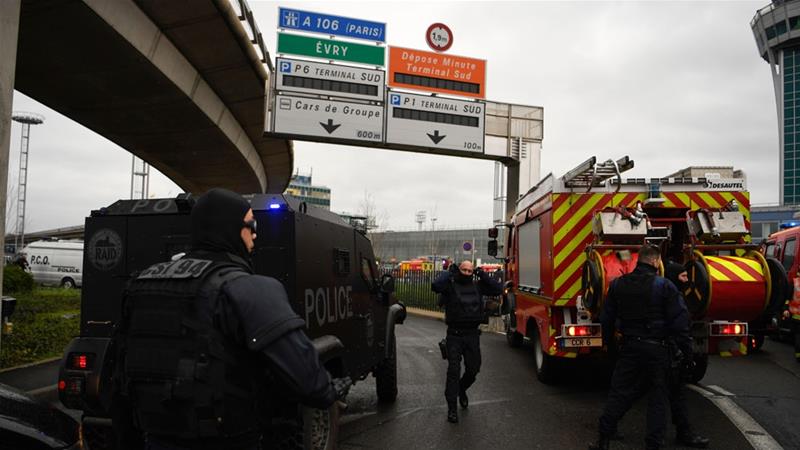 No people were wounded in Saturday’s incident at Orly airport [AFP]
Security forces at Orly airport in Paris have shot dead a man who took a weapon from a soldier, according to the French interior ministry.

Witnesses said the Orly south terminal was evacuated following the shooting at around 8:30am local time (07:30 GMT) on Saturday.

“A man took a weapon from a soldier then hid in a shop in the airport before being shot dead by security forces,” an interior ministry spokesperson told AFP news agency.

The man who attempted to take the gun was the sole victim; no other person was injured in the incident.

Bruno Le Roux, French interior minister, is due to visit the facility, located in Paris’ southern outskirts, the spokesperson said.

“We had queued up to check in for the Tel Aviv flight when we heard three or four shots nearby,” Franck Lecam, a witness, told AFP.

“The whole airport has been evacuated.”

Lecam confirmed what an airport worker, speaking on condition of anonymity, had said earlier, saying: “We are all outside the airport, about 200 metres from the entrance.

“There are policemen, emergency workers and soldiers everywhere in all directions. A security official told us that it happened near gates 37-38 where Turkish Airlines flights were scheduled.”