Jeremy R. Hammond – Israel was a colonialist project from the outset, and so remains today

By Milena Rampoldi, ProMosaik. In
the following my interview with Jeremy R. Hammond of Foreign Policy Journal. I
talked to him about Palestine, journalism, US foreign politics, and about
Zionism as a colonialist project. 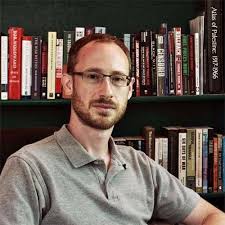