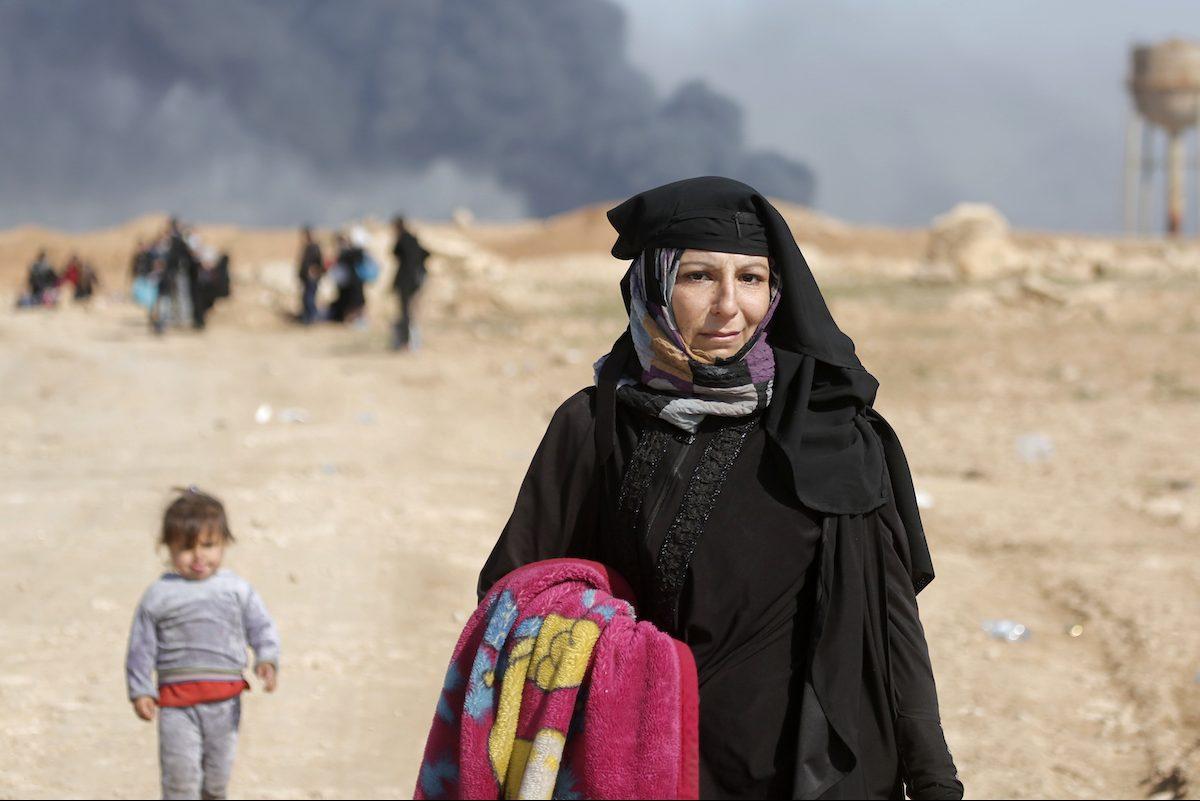 Iraqi army helicopters strafed and fired rockets at Daesh positions in Mosul’s Old City today as troops on the ground closed in on the strategic and symbolic prize of the Al-Nuri Mosque, where the self-declared Daesh caliphate was announced in 2014.

Federal Police troops had advanced past the train station in western Mosul closer to the mosque. A police commander said they were very close to taking control of it.

Residents fled from the area, carrying bags of belongings and picking their way through the wrecked buildings as shells and gunfire echoed behind them. Most of them were women and children.

“Federal Police and Rapid Response forces resumed their advance after halting operations due to bad weather. The troops have a target of retaking the rest of the Old City,” a police spokesman said.

The battle to recapture Daesh’s last stronghold in Iraq has now entered its sixth month. Iraqi government forces, backed by US advisers, artillery and air support and Iranian Shia jihadist proxies have cleared the east of the city and less than half of western Mosul and are now focused on controlling the Old City.