How Zionist Anti-Semitism threatens Freedom of Opinion in Germany!

March 29, 2017February 23, 2021 by Milena Rampoldi
By Evelyn Hecht-Galinski, Sicht
vom Hochblauen, 29 March 2017, English translation by Milena Rampoldi,
ProMosaik. Just 72 years after the liberation of the Auschwitz
concentration camp, Jewish citizens in Germany and foreign Jews are prohibited
from speaking, and are accused of Anti-Semitism. At the moment, Jewish speakers like Ilan Pappe
and Moshe Zuckermann are prohibited from speaking at the conference “50 Jahre
israelische Besatzung” (50 years of Israeli Occupation) which will take place
in June in Frankfort. (1) 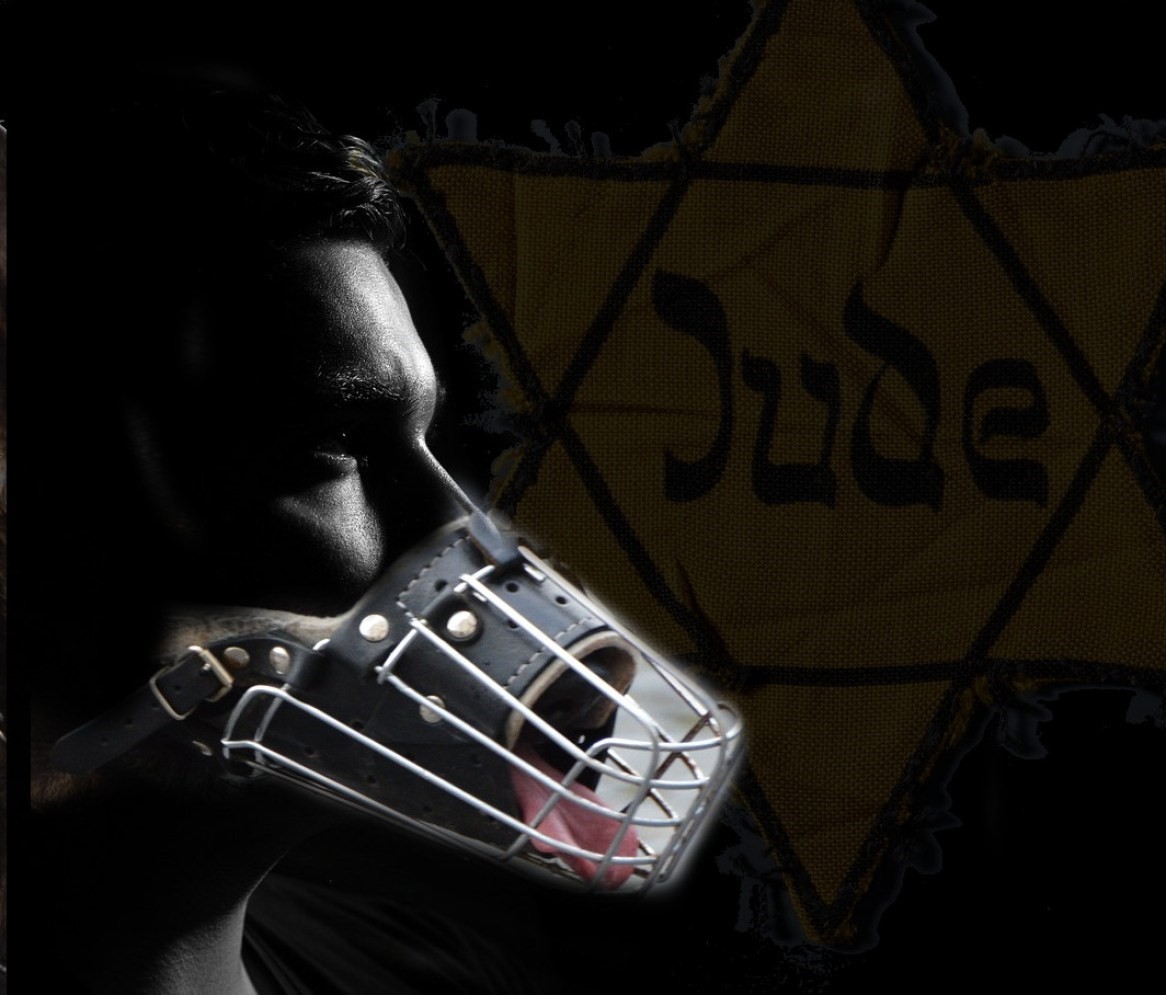 Freedom of speech and academic freedom are much
cherished freedoms and must also be applicable to critics of politicians of the
“Jewish State.” However, the relentless pro-Israel lobby thwarts this important
right in Germany and in the world by using infamous and groundless accusations
of anti-Semitism. We cannot and must not permit it!
Again, an organiser, this time the Ökohaus in
Frankfort, was put under pressure by the Israel Lobby, the Jewish Community,
and in its wake by the unspeakably philo-Semite mayor Becker, to cancel the
rooms to the organizers of the conference. Thanks to the “special” relations to
the “Jewish State” and its lobby, in Germany, it is really difficult for
everyone to bear the pressure and the defamation campaigns of this lobby for a
long time. (2)
There is a Jewish Community led by its president
Leo Latasch, full of satisfaction after the cancellation of the rooms, hoping
that the conference will not find new rooms because he fears the activities of
the conference members.
Where does this person live? In the “Jewish
State” where Knesset members hit each other sometimes? About what should Pappe,
Zuckermann, or Paech hit each other? About their anger to collectively oppose
to the illegal Zionist occupation of Palestine?
And when the mayor Becker from his office tells everyone
and their dog: “Who wants to create the scene in Frankfort, is not welcome to
our city,” I realize that there is anti-Semitism again in Frankfort, and that
this anti-Semitism is directed against Jews who engage for the end of the
decades-long illegal occupation of Palestine. This is a shame for the alleged
open-minded Frankfort!
In particular the leading media are obliged to
uncover the lies, instead of supporting and covering them up.
All this already happened in the past: media,
artists, and intellectuals remained unjustly silent and cringed away, when it
was about persecuted Jews. However, this should not be a reason to close our
eyes again when Jewish perpetrators in the “Jewish State” have been ethnically
cleansing, illegally occupying, and judaizing Palestine for more than half a century
now under our eyes without being held accountable for it!
These endless attacks of the Israel lobby
against the freedom of expression is a hit against democracy, and cannot be
accepted!
However, the editor-in-chief of the Frankfurter
Rundschau, Arnd Festerling, opposed it with an exceptional and brave article.
And Daniel Bax did the same, by writing several articles about anti-Semitism
and Islam hatred. Two of the few rays of hope in the German media landscape: (3) (4) (5) (6)
In the following the chronology of the philo-Semite
destructors of freedom of opinion: (7) (8) (9)
It cannot be that a philo-Semite clique decides
about political opinion leadership by excluding Jews because they raise their
voice against the Apartheid regime in the “Jewish State.” It is particularly
reprehensible that Jews and Christians, in short “Christian Zionists,”
cooperate so profitably in this field. And again, there is an “anti-Jewish
sentiment“ in Germany, produced by Jewish Anti-Semites who want to avoid any
criticism of the crimes against international law and human rights committed by
the “Jewish State.” Is it not a case for the International Court of Justice in
Den Haag when Jewish citizens in Europe, who engage for non-anti-Semite, nonviolent
BDS campaign (boycott, disinvestment, sanctions), are muzzled or get a travel
ban from the alleged “democratic Jewish State?”
The new Capos are Jews against Jews, with the
zealous support of “Christian-Zionist” politicians. (10)
How history is being repeated: There already
were Jewish Capos, closely cooperating with Fascists. Today these new Capos –
and the majority of them are Holocaust survivors – cooperate with the grandchildren
of National Socialists as “values’ hypocrites” of the “German leading culture.”

What an absurd, German leading culture,
pretending from Muslim refugees and immigrants to recognise the existence right
of an Apartheid State, guilty of an illegal occupation for decades, by ethnically
cleansing and  land-grabbing from another
people, and by ignoring all requests of the UN Security Council, and which does
not shy away from mistreating and arresting Palestinian children and women, and
which with the blocked Gaza maintains an open-air prison, like a concentration
camp, with approximately 2 million people.  (11) (12)
What does this “leading culture” of
“Christian-Jewish” values connect? Common enemy images to hide their own
crimes. The new common enemy image and object of hatred: Islam and Muslims!
Palestinians and Muslims are collectively labelled as terrorists, and
categorised as suspects and “dangererous.” Can this marginalization be
sustained in the long term? Surely not, as it produces justified anger and
hatred.
This atmosphere causes senseless prejudices
against Muslims and also makes life difficult for well-intentioned people to
feel well in Germany. A good integration can only be achieved, if we do not only
pretend from Muslims, what we would never pretend from other religious
communities like Jews.
While the Central Council of Jews, the Jewish Communities
in Germany, and many international organizations, in particular in Berlin, have
never distanced themselves from the “Jewish State” and its crimes against
international law and human rights and from the illegal occupation of
Palestine, they absurdly hold Muslim and Islamic organizations and communities
collectively liable for crimes they are not liable for  and with which, in opposition to Jewish
representatives, have never expressed their solidarity  because they refuse them.
On the other hand, Jewish Israel critics and
occupation opponents are medially silenced with the support of official German
politics and are denied freedom of speech. In this point, Germany 2017 is very
similar to Nazi Germany.
Is this what we learnt from German history; that
we have to marginalize and silence alleged “bad” Jews with the help of “good”
Jews? Germany has slid from anti-Semitism into a fatal philo-Semitism, and we
have to oppose all together this dangerous situation. We are not willing to
accept the threat of freedom of speech by Zionist anti-Semitism.

A Jew to Zionist Fighters
by Erich Fried

What do you actually want?
Do you really want to outdo
those who trod you down
a generation ago
into your own blood
and into your own excrement

Do you want to pass on the old torture
to others now
in all its bloody and dirty detail
with all the brutal delight of torturers
as suffered by your fathers?

Do you really want to be the new Gestapo
the new Wehrmacht
the new SA and SS
and turn the Palestinians
into the new Jews?

Well then I too want,
having fifty years ago
myself been tormented for being a Jewboy
by your tormentors,
to be a new Jew with these new Jews
you are making of the Palestinians