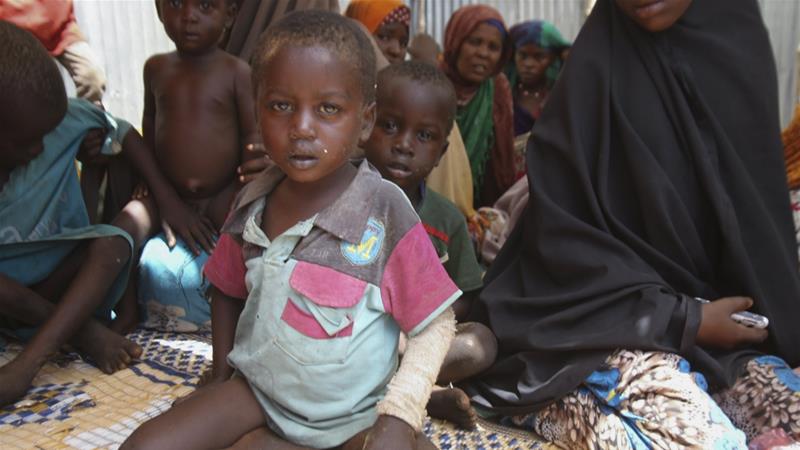 The world faces the largest humanitarian crisis since the United Nations was founded in 1945 with more than 20 million people in four countries at risk of starvation and famine, the UN humanitarian chief has said.

Stephen O’Brien told the UN Security Council on Friday that “without collective and coordinated global efforts, people will simply starve to death” and “many more will suffer and die from disease”.

He urged an immediate injection of funds for Yemen, South Sudan, Somalia and northeast Nigeria plus safe and unimpeded access for humanitarian aid “to avert a catastrophe”.

Without a major infusion of money, he said, children will be stunted by severe malnutrition and will not be able to go to school, gains in economic development will be reversed and “livelihoods, futures and hope will be lost”.

UN and food organisations define famine as when more than 30 percent of children under age five suffer from acute malnutrition and mortality rates are two or more deaths per 10,000 people every day, among other criteria.

“Already, at the beginning of the year, we are facing the largest humanitarian crisis since the creation of the United Nations,” O’Brien said. “Now, more than 20 million people across four countries face starvation and famine.”