Moments ago, the U.S. State Department issued a presidential permit for the construction of the controversial Keystone XL pipeline, seven years after it was initially commissioned. 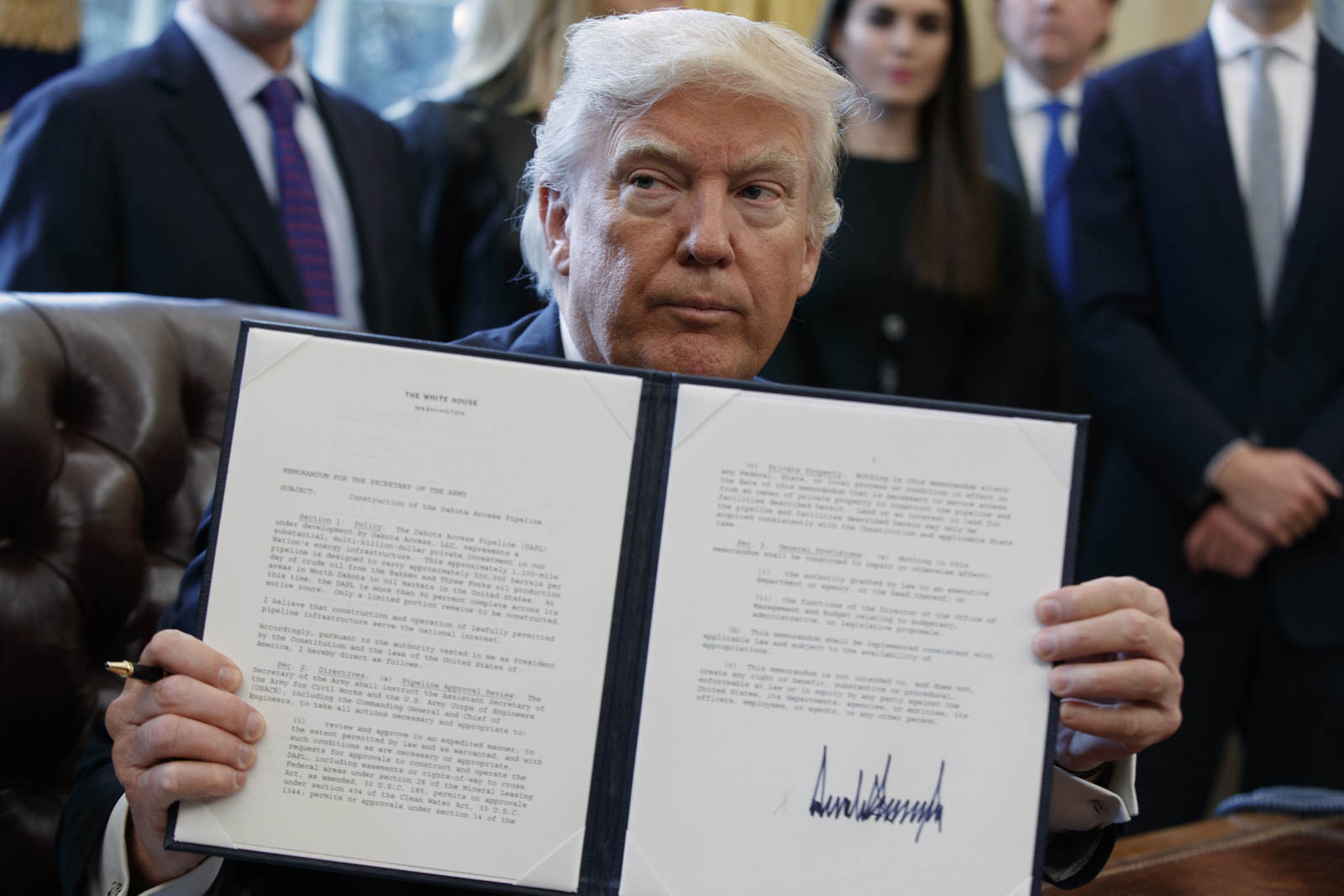 President Donald Trump shows his signature on an executive order on the Keystone XL pipeline, Tuesday, Jan. 24, 2017, in the Oval Office of the White House in Washington. (AP/Evan Vucci)

Published in partnership with True Activist.

Before the struggle over the Dakota Access pipeline came to the forefront of national news, there was the Keystone XL pipeline. Commissioned in 2010 by the TransCanada corporation, the seven-year-long debate over the pipeline’s future has been symbolic of the fight over the future of the United States’ energy policy in the face of diminishing fossil fuel supplies and climate change.

While former President Barack Obama won the approval of environmentalists in 2015 for his rejection of the pipeline, his successor Donald Trump has now put an end to the debate by officially issuing the necessary permits for the project’s completion. Moments ago, the U.S. State Department issued a presidential permit for the Keystone XL pipeline.