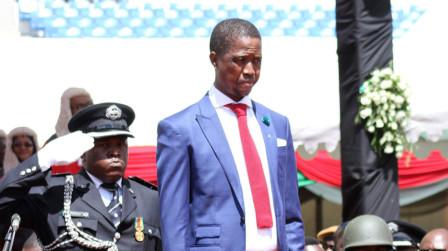 A proposal by Zambian football authorities to ban discrimination against gays and lesbians has kicked off a dispute over homosexuality, which is illegal in the country and widely seen as immoral.

The new draft constitution of the Football Association of Zambia (Faz) contains a clause banning discrimination on grounds of sexual orientation, in line with regulations from world governing body Fifa.

But Zambian church leaders and senior football figures have attacked the proposal as undermining the country’s devout Christian beliefs, which are protected by the national constitution.

Zambia does not implicitly ban homosexual sex, but it outlaws “carnal knowledge of any person against the order of nature”.

“Zambia is a Christian nation and any instructions from Fifa which will conflict with Christianity are not welcome,” former Faz executive committee member Masha Chilemena said. “The Faz cannot go against what is stipulated in the law of the land. If Fifa is to impose sanctions on Zambia, we will play in the local league.”

International Federation of Christian Churches (IFCC) president Simon Chihana said that if Faz agreed to a clause banning discrimination against gays it would be “inviting the wrath of God”. “We are a blessed nation and we cannot allow an individual or institution to bring the happenings of Sodom and Gomorrah here,” he said.

Zambian President Edgar Lungu, who was re-elected last year, has spoken out strongly against gay rights, despite pressure from donor countries that provide essential aid to the country. “Those advocating gay rights should go to hell… That issue is foreign to this country,” he said after the arrest of two Zambian gay men in 2013.