What Wikileaks Reveals About America’s Role In Ecuador’s Elections 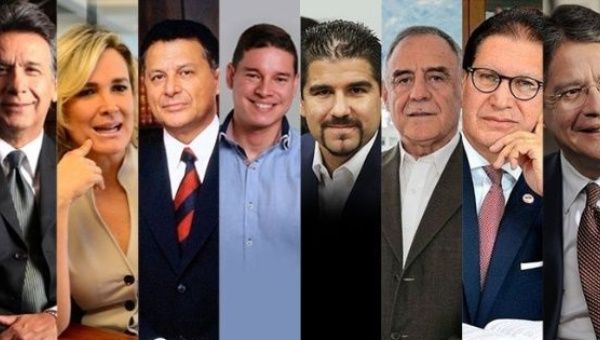 (ANALYSIS) — As Ecuador’s leading presidential candidate of the governing Alianza Pais party, Lenin Moreno, wrapped up his campaign with a massive rally in the nation’s capital, Quito, on Wednesday, WikiLeaks tweeted out portions of the U.S. diplomatic cables related to the three major candidates in Sunday’s election.

While the documents offer little new information, they do offer glimpses of U.S. government assessments of each candidate, and perhaps, more revealingly, show the long and close relationship between the two most prominent right-wing candidates and the U.S. Embassy in Ecuador.

By far, the greatest number of cables relate to the Social Christian Party or PSC candidate Cynthia Viteri, who is running on a platform that includes establishing tax-free zones along Ecuador’s northern and southern borders.

Viteri is mentioned in a September 2006 memo documenting a meeting she requested with the U.S. ambassador in Quito during that year’s election campaign, in which she eventually came a distant fourth to the eventual winner, current President Rafael Correa.

The cable remarks that Viteri was “clearly eager to enlist our sympathy,” by highlighting Venezuelan President Hugo Chavez’s support for then-candidate Correa.

The same memo points out that while publicly equivocal about her support for a proposed free trade agreement with the U.S., she was much more enthusiastic in private discussions with the U.S ambassador.

However, the memo pointedly notes that “By implicitly appealing to us to counter Correa’s electoral threat,” she was “privately revealing a lack of conviction that (her) private beliefs will appeal to voters.”