A camp survivor and the granddaughter of interned Japanese Americans take a journey through family and national history. 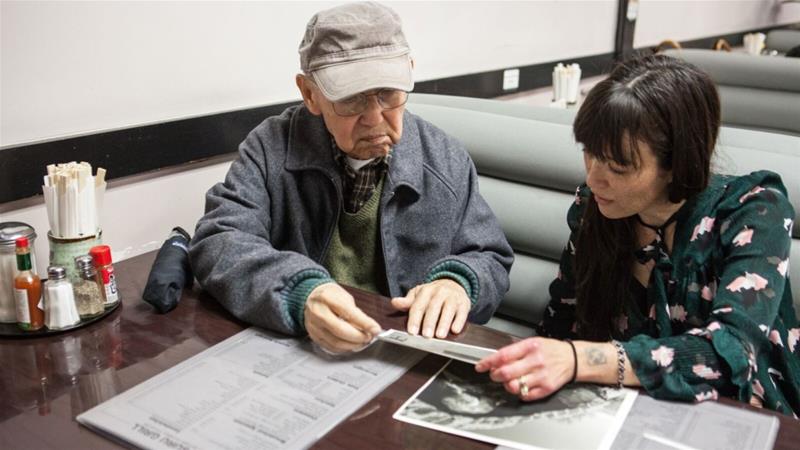 Manzanar, California – Jim Matsuoka left his marbles at Manzanar, the site of the Japanese American internment camp where he grew up during the second world war.

Two gallon-sized cans of toy marbles, earned mostly after being dismissed from class for unruly behaviour, are buried somewhere beneath the ruins of the old camp, which is now a US national park.

Matsuoka misbehaved as a child, imprisoned in the camp by the US government because of his nationality. And he says, proudly, he was never especially obedient as an adult, either.

He came of age in an internment camp only to find himself at the fore of an Asian American civil rights movement.

Now an octogenarian, he looks back on decades of speaking out – demanding redress for Japanese Americans and fighting to protect the civil liberties of other marginalised American communities.

Now, he eats a light sandwich and salad at Mitsuru Sushi & Grill, a restaurant in Los Angeles’ Little Tokyo, where he and other Japanese American community leaders often met when they were founding Nikkei Civil Rights and Redress (NCRR). It is an advocacy organisation that has demanded reparations for what was found to have been the unlawful incarceration of Japanese Americans during the war.

But they have not only represented Japanese Americans – they’ve also spoken out against Japanese officials on the subject of World War II Korean victims of sex trafficking and advocated well beyond their own Asian American community. The organisation helped to coordinate activism against Islamophobia in the aftermath of 9/11 and is doing so again after US President Donald Trump’s election.