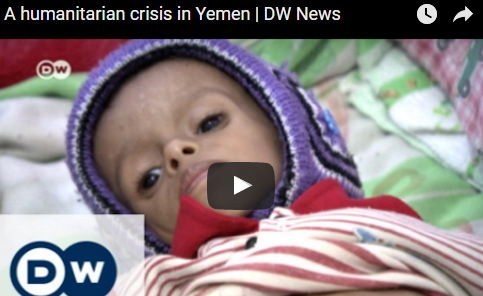 The U.N. says almost half a million children in the country are at risk of death from famine as Saudi Arabia’s war in the country completes a second year.
At least seven million people in Yemen are facing starvation as a result of the humanitarian crisis caused by almost two years of war by Saudi Arabia on the country, the United Nations warned Tuesday.
“Seven million Yemenis do not know where their next meal will come from and are ever closer to starvation,” one-third of the country’s 27 million population, Jamie McGoldrick, the U.N. humanitarian coordinator in the country, said in a statement.
“Over 17 million people are currently unable to adequately feed themselves and are frequently forced to skip meals — women and girls eat the least and last.”
The country had been in turmoil for years when in March 2015 a Saudi-led coalition, with U.S. aid, kicked off a military campaign in support of Yemeni government forces against the Ansarullah Houthi rebels.