An estimated 140 structures in a Palestinian Bedouin village ordered demolished by the Israeli government. 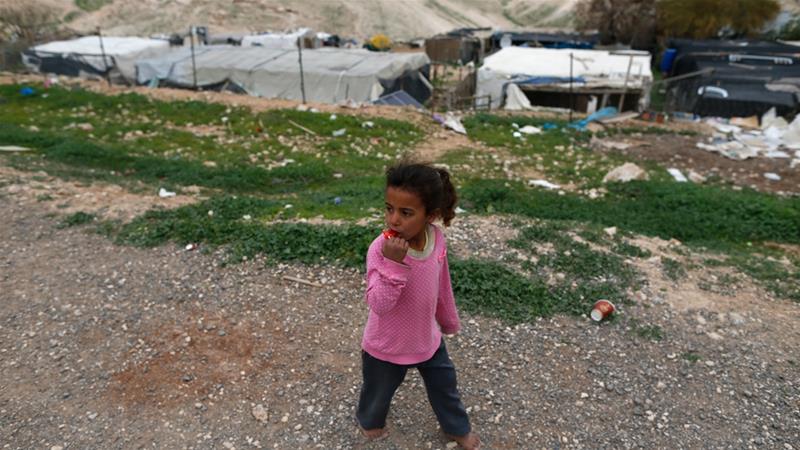 Since 1967, at least 48,000 Palestinian homes and housing structures have been demolished by Israel [AFP]

The United Nations has raised concerns over a newly announced demolition plan in a Palestinian Bedouin village in the occupied West Bank that threatens dozens of buildings including a primary school.

“This is unacceptable and it must stop,” Robert Piper, UN’s humanitarian coordinator for the Palestinian territories, said on Wednesday.

Piper visited the village where the primary school is among 140 structures at risk of demolition.

“Khan al-Ahmar is one of the most vulnerable communities in the West Bank struggling to maintain a minimum standard of living in the face of intense pressure from the Israeli authorities to move,” he said in a statement.

Israeli officials have over the past week issued dozens of demolition orders threatening “nearly every structure” in a part of the village of Khan al-Ahmar, the UN said.

Israel said the buildings were built without permits.

The UN said such permits are all but impossible to obtain for Palestinians.

“In the past days construction termination warrants were served to illegal buildings in Khan al-Ahmar,” Israel’s defence ministry body responsible for the Palestinian territories said.

“The enforcement will take place in coordination with state directives and required legal certifications.”