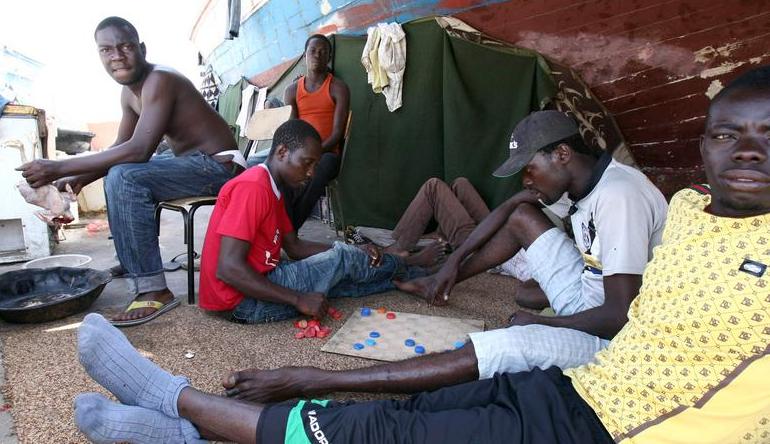 Migrants face executions, torture and other systematic rights abuses in camps in Libya, according to a report prepared for the German government by the German embassy in Niger, the Welt am Sonntag newspaper reported.
“Authentic cellphone photos and videos substantiate concentration-camp-like conditions in so-called private prisons” operated by people smugglers, the embassy said in a diplomatic cable sent to the chancellery and other ministries, according to the report.

“Executions of countless migrants, torture, rapes, bribery and banishment to the desert are daily events,” it quoted the embassy’s report as saying.

“Eyewitnesses spoke of five executions a week in one prison – with advance notice and always on Fridays – to make room for new migrants, i.e. to increase the human throughput and revenues of the smugglers,” it continued.

News of the report comes ahead of a meeting of EU leaders in Malta next week to discuss ways to control migration from Africa.

German Chancellor Angela Merkel also raised concerns about conditions in Libya in a webcast on Saturday, saying Europe should work with the North African country to control illegal migration, but could not sign a deal similar to that reached with Turkey last year until it became more stable.