The Islamic veil across Europe 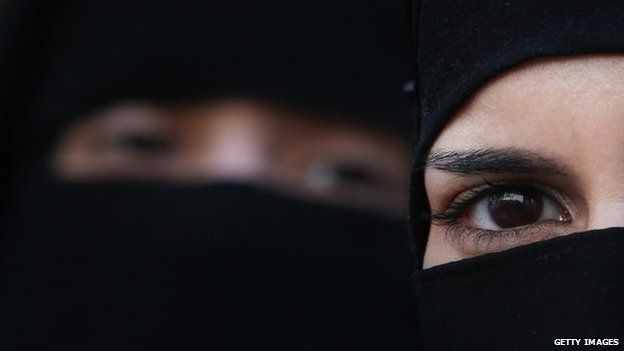 Countries across Europe have wrestled with the issue of the Muslim veil – in various forms such as the body-covering burka and the niqab, which covers the face apart from the eyes.
The debate takes in religious freedom, female equality, secular traditions and even fears of terrorism.
The veil issue is part of a wider debate about multiculturalism in Europe, as many politicians argue that there needs to be a greater effort to assimilate ethnic and religious minorities.
Hijab, niqab, burka: Guide to Muslim headscarves

Germany
On 6 December 2016, Chancellor Angela Merkel said the wearing of full-faced veils should be prohibited in Germany “wherever it is legally possible”.
Her comments, made at a CDU party meeting, came after plans to outlaw the burka – or any full-face veil – in public buildings were proposed by Interior Minister Thomas de Maiziere in August.
There has been no national law restricting the wearing of veils in Germany prior to these proposals.
In September 2003 the federal Constitutional Court ruled in favour of a teacher who wanted to wear an Islamic scarf to school. 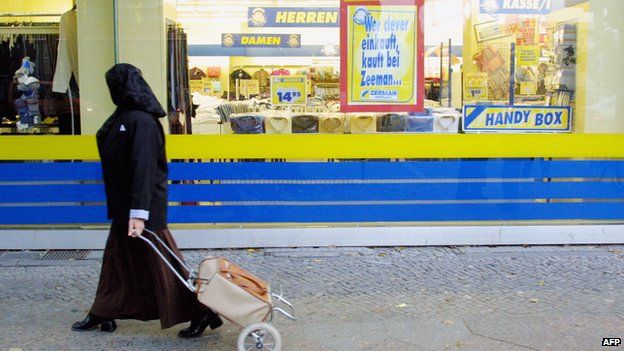 However, it said states could change their laws locally if they wanted to.
At least half of Germany’s 16 states went on to ban teachers from wearing headscarves and in the state of Hesse the ban included civil servants.

Austria
The ruling coalition agreed in January 2017 to prohibit full-face veils (niqab and burka) in public spaces such as courts and schools. It said it was considering a more general ban on state employees wearing the headscarf and other religious symbols.
The measures were seen as an attempt to counter the rise of the far-right Freedom Party, which almost won the presidency in December 2016.
The coalition, made up of the left-wing Social Democrats and the conservative Austrian People’s Party, said that full-face veils in public stood in the way of “open communication”, which it said was fundamental to an “open society”.