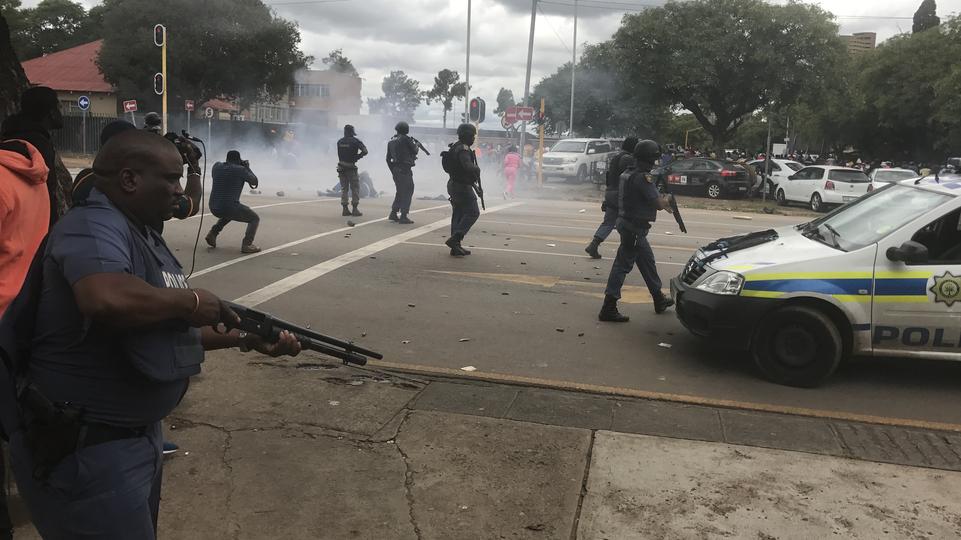 South African police fired rubber bullets, tear gas and stun grenades to break up violent clashes between local protesters and migrants in Pretoria on Friday at an anti-immigration march.

Shops and homes owned by foreigners have been looted and torched over the last two weeks, with some South Africans alleging that the properties were brothels and drug dens.

Attacks against foreigners in the country have erupted regularly in recent years, fuelled by high unemployment and dire poverty.

Riot police in Pretoria formed lines to keep apart about 1 000 protesters as tensions rise between some South Africans and migrants from Nigeria, Zimbabwe, Somalia, Pakistan and elsewhere.

“We support the police,” South African marcher Aysha Ali, 25, said. “Nigerians are very bad, they are bringing drugs into our community. I support the protest.”

As police struggled to impose control, Mohammed Abdi, 31, from Somalia, said: “We are looking for peace. People say we foreigners are here to sell drugs? They can search our shops.”

Some officers shot rubber rounds at close range at protesters lying on the ground, while some demonstrators carried rocks.

President Jacob Zuma condemned the latest wave of xenophobic unrest, saying that there had been “destruction of property directed at non-nationals”. “Residents in some communities blame non-nationals for the escalating crimes, especially drug trafficking,” the presidency said in a statement on Friday. Zuma called for South Africans not to use migrants as a scapegoat for the country’s widespread crime problems, but said the government would crack down on drug-dealing and illegal immigrants.