The fallout from the purchase of oil licence OPL 245 has dogged both Shell and Eni for years. The license is thought to hold around nine billion barrels of oil. 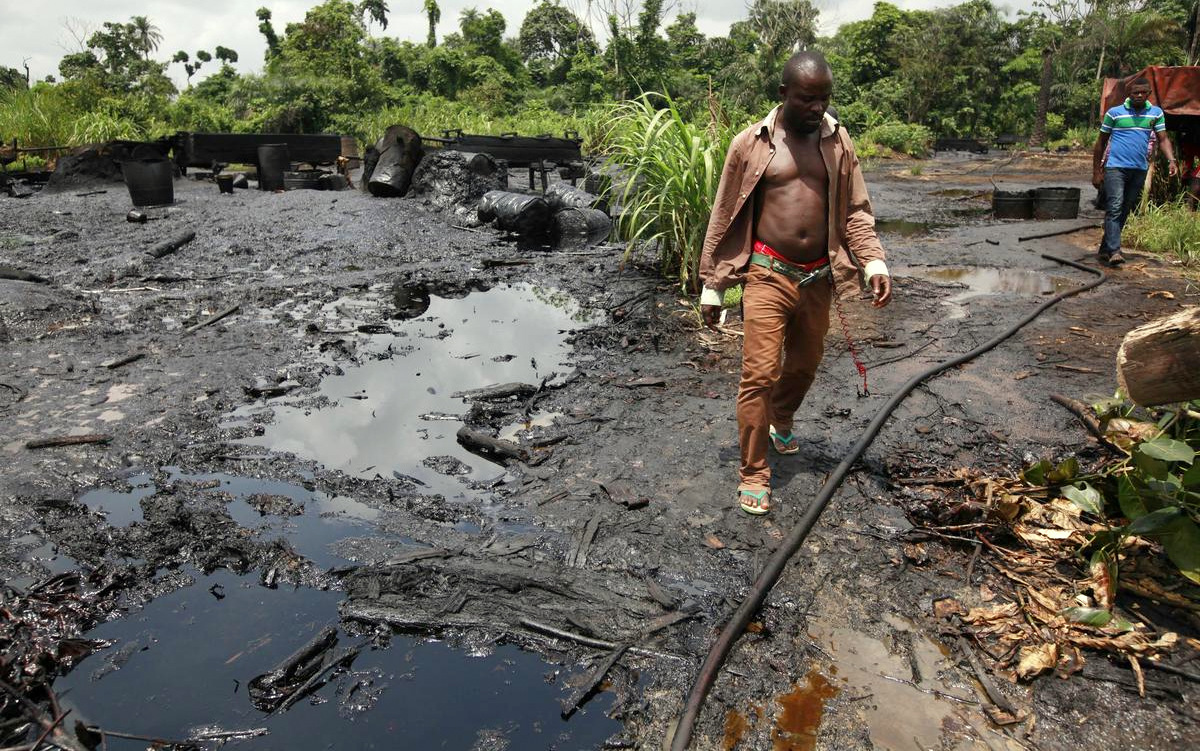 In this Thursday, March 24, 2011 photo, oil is seen on the creek water’s surface near Ogoniland, outside Port Harcourt, in Nigeria’s Delta region. (AP/Sunday Alamba)

(REPORT) — Italian prosecutors have charged oil giants Shell and Eni with international corruption offences, as the companies struggle with the fallout from their controversial 2011 purchase of an oil licence in Nigeria.

Several senior executives from the two companies – including Eni’s current CEO Claudio Descalzi – have also been asked to stand trial individually over the $1.3billion deal, along with former Nigerian oil minister Dan Etete.

In a statement issued yesterday, Eni said it had no involvement in the “alleged corrupt conduct subject to investigation”.

Shell declined to comment when approached by Energydesk. Individuals briefed on the matter said the company had not yet received notice from the Italian prosecutors.

But last month, in response to the Nigerian courts decision to temporarily revoke the licence, the company said: “we are aware of the Italian prosecutor’s investigation and we hope to show that there is no basis to prosecute Shell. Shell takes this matter seriously and is co-operating with the authorities.”

A document issued by the public prosecution office in Milan shows Italian legal officials are seeking charges against four Shell executives, including the chairman of the Shell Foundation, Malcolm Brinded.

Brinded was an executive director at the company at the time of the OPL 245 deal, as well as chairman of the board of trustees at the Shell Foundation, the company’s independent charity. He left Royal Dutch Shell Plc in 2012, but retains his post at the foundation.

The UK Department for International Development (Dfid) is partnered with the Shell Foundation on a £65million project aimed at promoting clean energy across Africa and Asia.

Energydesk asked Dfid if it will look at its relationship with the Shell Foundation in light of the charges.

A spokesperson said: “We are monitoring this situation closely and understand that at present no legal action has been taken.”

The Shell Foundation declined to comment on this story.