Record Number Of Civilians Killed And Injured In 2016 Afghan Airstrikes

Air attacks by Afghan and international forces caused a total of 590 civilian casualties in 2016 (250 deaths and 340 people injured), almost double that of 2015. 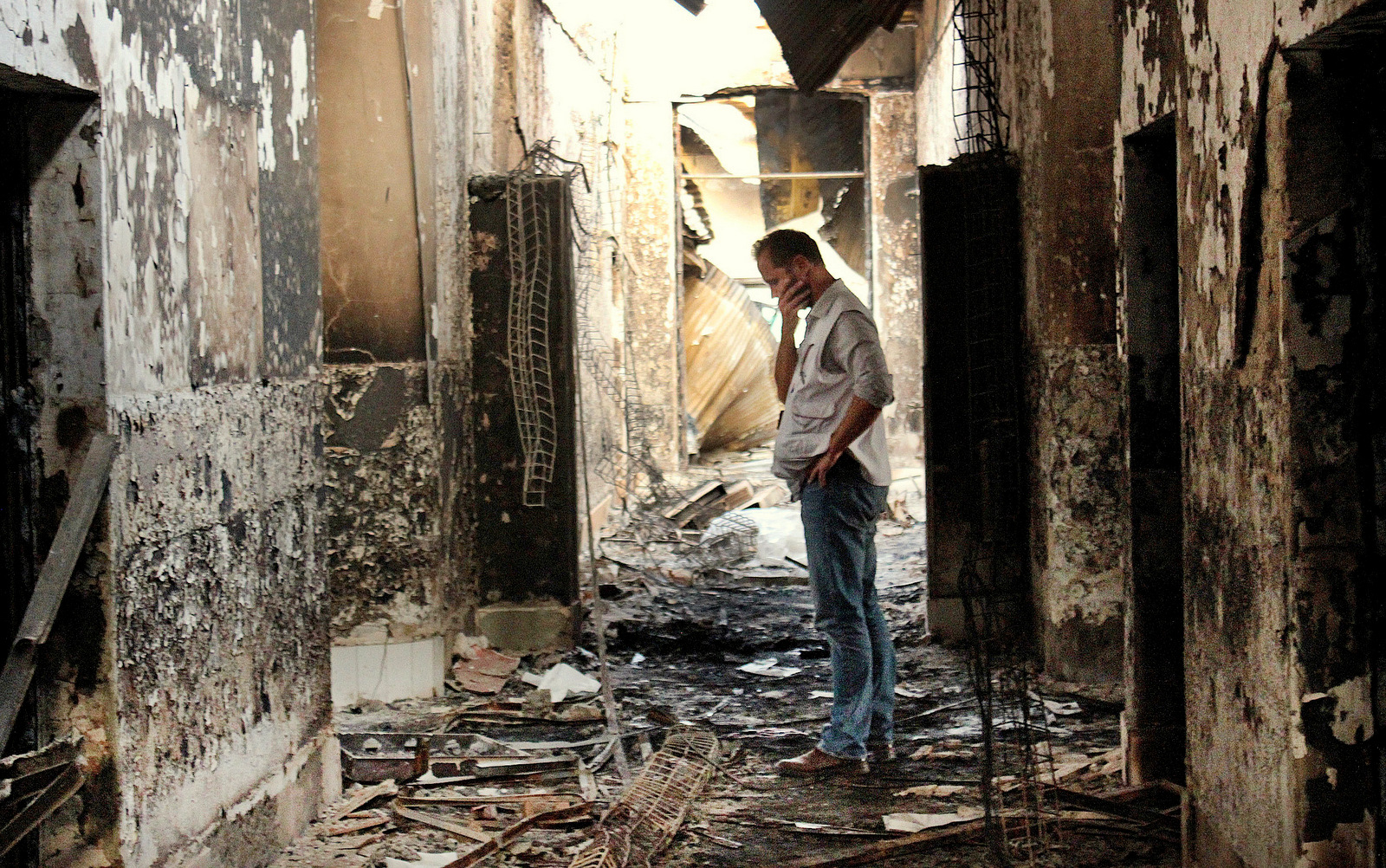 An employee of Doctors Without Borders, MSF, walks inside the charred remains of the organization’s hospital after it was hit by a U.S. airstrike in Kunduz, Afghanistan. (AP/Najim Rahim)

(REPORT) — Airstrikes killed and injured more civilians in Afghanistan last year than at any time since the United Nations (UN) began systematically recording casualties there in 2009.

The “sharp increase” in civilian casualties from air attacks came during a year that saw the highest ever number of non-combatants killed and injured since the Afghan conflict began, the UN Assistance Mission in Afghanistan (Unama) said in its annual report published today.

Air attacks by Afghan and international forces caused a total of 590 civilian casualties in 2016 (250 deaths and 340 people injured), almost double that of 2015. The conflict as a whole killed and injured more than 11,000 civilians in total last year, of which 3,512 were children – the highest number of child casualties recorded by Unama in a single year and a 24% increase from 2015.

The number of strikes also significantly increased, up 50% from 2015 to 2016 as Afghan and international air forces responded to a deteriorating situation on the ground and the US terms of engagement expanded. US pilots, attacking with drones, gunships and fighter jets, were responsible for 40% of the civilian airstrike casualties, while 43% were caused by the US-trained and equipped Afghan Air Force (AAF).

A resurgent Taliban is continuing to stretch Afghan and international forces. Though almost at breaking point at times, the US military has pointed out the insurgents failed in all eight attempts to take a provincial capital last year.

This is an improvement on 2015 when the Taliban briefly took control of Kunduz city – the first provincial centre to fall to the insurgents since the US invasion in 2001.