For Latin America’s environmental activists, the threat of death is always in the air — either in the form of the slow poisoning of the earth or assassination. For many, inaction simply isn’t an option. 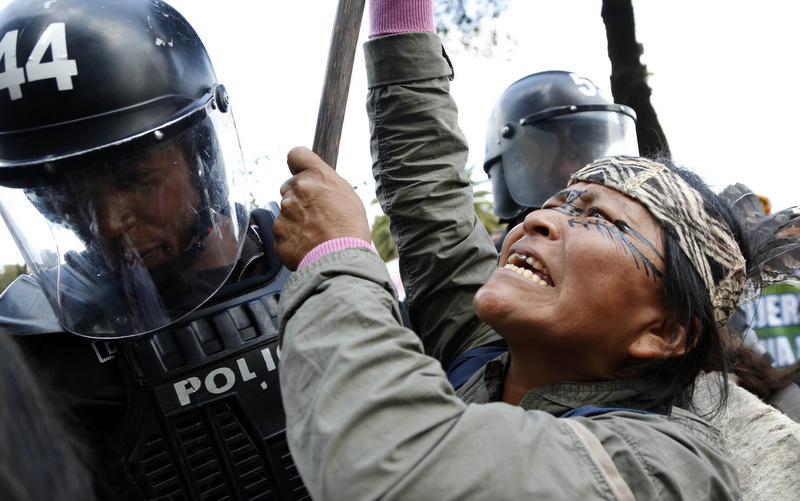 TEMUCO, Chile — On Jan. 12, Isidro Baldenegro López traveled to his hometown for the first time in years to visit his aunt who had fallen gravely ill. As he lay down to sleep that Saturday night in Coloradas de la Virgen, a small community in the western Sierra Madre mountains of Chihuahua, Mexico, he heard a man call his name repeatedly.

When he got up to see who was there, Baldenegro was shot six times. The young gunman casually walked away when the deed was done, leaving his victim for dead. Baldenegro succumbed to his wounds hours later, dying around 1 a.m. on Jan. 16.

He lived humbly as a subsistence farmer, but Baldenegro was an internationally renowned environmental activist. One of just four Mexicans to receive the prestigious Goldman Environmental Prize, Baldenegro made a name for himself as a principled activist who was falsely imprisoned, threatened, and eventually murdered for his fight to protect the native forest and his indigenous community from predatory logging interests infecting much of Latin America, a struggle he inherited from his father who was also murdered for his activism.

Isidro Baldenegro’s work inspired activists throughout Latin America and the world, bringing international attention to the ecological wonder of the Sierra Madre’s old-growth forests as well as the fight for survival of the Tarahumara people and their rich cultural heritage.