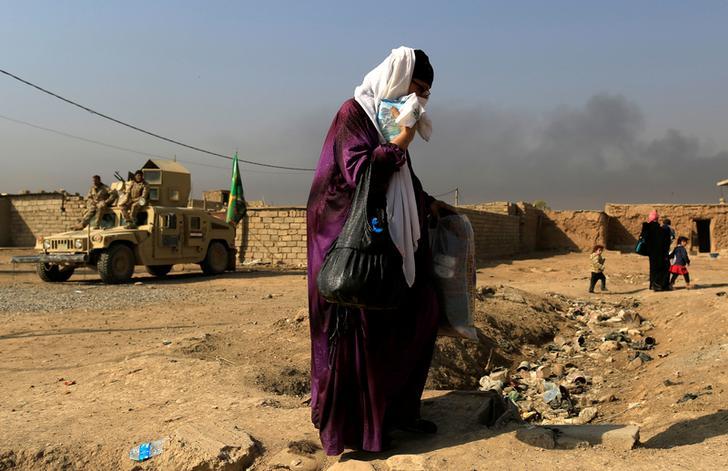 Although accounts of gender-based violence have emerged from areas under ISIS control, these are the first cases against Sunni Arab women in Iraq that Human Rights Watch has been able to document. Researchers interviewed six women in Kirkuk, to which they had escaped from the town of Hawija, 125 kilometers south of Mosul and still under ISIS control. Human Rights Watch and others have extensively documented similar abuses by ISIS fighters against Yezidi women.

“Little is known about sexual abuse against Sunni Arab women living under ISIS rule,” said Lama Fakih, deputy Middle East director at Human Rights Watch. “We hope that the international community and local authorities will do all they can to give this group of victims the support they need.”

One woman said that in April 2016, she tried to escape Hawija with her three children and a large group of other families. ISIS fighters captured the group and held 50 of the women from the group in an abandoned house. The woman said that over the next month, one fighter raped her daily in front of her children. She suspected that many of the other women held with her were also being raped.

Experts from four international organizations, including two medical organizations, working with survivors of sexual assault in northern Iraq told Human Rights Watch it is difficult to assess the prevalence of ISIS’ gender-based violence against women who have fled territory under their control. They said that victims and their families remain silent to avoid stigmatization and harm to the woman or girl’s reputation.