How powerful could we be if we agree to stand our ground on our treaty land where we have laid thousands of prayers? 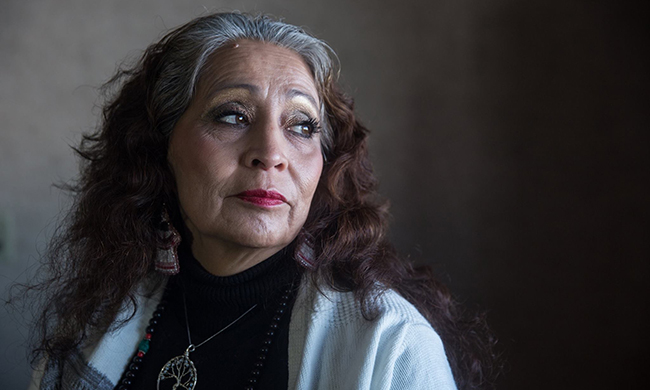 The police came to Last Child Camp in broad daylight, with armored vehicles and guns drawn, to rip our people from our land.  Many water protectors were on prayer walks and in ceremony. We watched from the top of the hill at Oceti Oyate Camp as the troops moved in against them. We sent our prayers to those innocent and brave warriors who came to stand with the people of Standing Rock, and to protect the sacred waters of Unci Maka (Mother Earth).

Then they came for our Sacred Stone Camp, the original spirit camp we built to lay our prayers to our water, to protect it from the Dakota Access pipeline. But this time, they were accompanied by the Standing Rock Sioux Tribal Council. They had no warrant, but they forced their way onto my private land, my family’s land, where I grew up on the banks of the Cannonball River. It was our own council members together with the Standing Rock Fish and Wildlife Service, the Bureau of Indian Affairs (BIA), the Bureau of Alcohol, Tobacco, Firearms and Explosives (ATF), and the U.S. Army Corps, all seeking to evict me from my homeland.

The world wants to stand with Standing Rock, but Standing Rock stands against us. Chairman Dave Archambault threw our people to the dogs when he said the camps’ actions “…do not represent the tribe nor the original intent of the water protectors.”  He forgets that we at Sacred Stone Camp were the first to stand up for the water, and that we stand with all the camps who have joined our struggle.

This movement was started by the people and led by our youth. The Standing Rock Sioux tribe’s decision to negotiate with the state and disown the people who came to fight for our water is what could ultimately be our downfall. We have had many thousands of people ready to stand together in front of those machines. The Indigenous nations of Turtle Island had united as never before. But as division grows, it is very difficult to see a path forward.