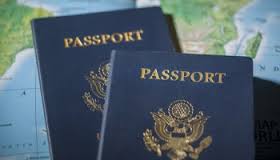 Manama: In what could lead to yet another breakthrough for Saudi women, the security committee of the Shura (Consultative) Council has approved a proposal to amend travel document rules and allow women to have their own passports.
The bill to amend three articles of the law was presented in May last year by five Shura members, Haya Al Muwaina, Lateefa Al Shaalan, Mohammad Al Khnaizi, Ata Al Sabti and Hamda Al Enezi.
The bill is yet to be debated and voted on by the council.
If the amendments are approved. Saudi women will be allowed to have their own passports without the need for the consent of their custodian, usually the husband, father or brother.
A father would register only his sons and daughters who are younger than 18 on his own passport, thus obliging women over 18 to apply for their own passports.

Husbands will no longer be able to register their wives on their own passports, making it mandatory for married women to have independent passports.
The amendments aim to consolidate the sense of citizenship among Saudi women by stressing there are no discriminations between men and women in their rights, the Shura members behind the proposal said, Saudi daily Okaz reported on Wednesday.
The changes would put an end to the exploitation of travel documents by the custodians of women, they added.
The proposal to consolidate the rights of Saudi women is the second to be endorsed by the security committee of the advisory council in one week.
On Sunday, the committee supported a bill to grant Saudi citizenship to children born to Saudi mothers and foreign fathers.
The bill was submitted to the Council last year and the security committee took it up in October for further studies.
The proposal calls for using a point system to grant the citizenship to those with Saudi mothers and non-Saudi fathers.
No date has been yet set for the debate at the Shura Council on the two bills, but Al Sabti, the head of the security committee, said they should be taken up within months.