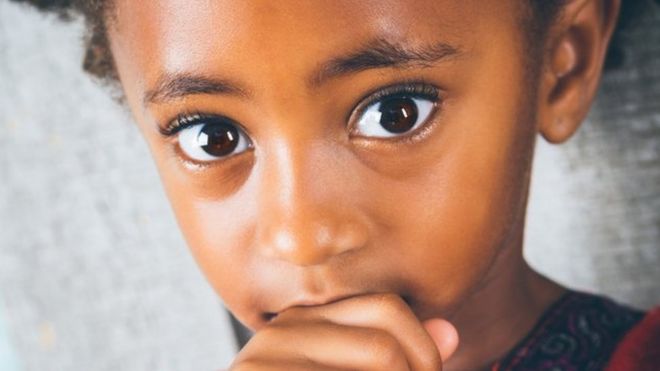 Plan International UK said statistics showed there were 8,656 times when a girl or woman was assessed at a doctor’s surgery or hospital.
Charity boss Tanya Barron said: “These figures are once again a reminder of the global prevalence of FGM.”
An estimated 200 million women and girls worldwide are affected.

According to the World Health Organization (WHO) the practice of FGM includes “the partial or total removal of the female external genitalia or other injury to the female genital organs for non-medical reasons”.
The NHS figures analysed were between April 2015 and March 2016. They show a patient was assessed on average every 61 minutes. Among those who attended, a case of FGM is newly recorded every 92 minutes on average.
One survivor who went through FGM has described the physical pain caused by FGM. Hibo Wardere, now 46, was mutilated when she was six years old. She told the BBC: “An open wound rubbed with salt or hot chilli – it felt like that.”
The figures come as the world marks the international day of zero tolerance to FGM – a UN-sponsored event to raise awareness of the issue.
This means a woman or girl has their case recorded by the NHS for the first time, although in many cases they will have been cut some years before but it has not come to the attention of doctors sooner, the charity said.
Avon and Somerset Police has led use of FGM protection orders (FGMPO) nationally. The orders were brought in to protect potential victims. It has applied for 10 FGMPOs since July 2015, when legislation was brought in.
Det Ch Insp Leanne Pook said: “Each application is carefully considered and brought only in cases where they are deemed to be at risk.

A family speaks out against the abuse
Midwife, who had FGM as a child, supports other victims
“We have one active FGM investigation ongoing at the moment, but the majority of our work in this area focuses on safeguarding referrals.
“This means working in partnership with our colleagues in local authorities, health and education to share information and visit and support families with children deemed to be at risk of FGM.”
There have been 97 applications and 79 orders made in England and Wales up to the end of September 2016.
The National Police Chiefs Council and the Freedom Charity have made a series of of posters to highlight the problem.
They are encouraging people to use the hashtag #EndFGM to show support throughout the day.
Parenting in Africa tweeted: “Female Genital Mutilation is a Violation of #humanrights. Girls must Live in #Dignity. #EndFGM”
Girls not Brides tweeted: “Educating women and girls about their rights will help #endFGM and #endchildmarriage together @Tostan”

97
Applications by September 2016
79
Orders made
Source: Ministry of Justice
Thinkstock
It has been illegal to carry out FGM in the UK since 1985, but there has not been a single successful prosecution. This failure has been branded a “national scandal” by the Home Affairs Select Committee.
Home Secretary Amber Rudd said: “FGM is a devastating act of violence that no woman or girl should ever have to suffer and the criminals who perpetrate it should be brought to justice.”
Crimestoppers has launched a campaign in West Mercia to encourage people to report the issue and raise awareness of its impact.