The camp has been the site of numerous and sometimes violent clashes between police and protesters who call themselves “water protectors,” with more than 700 arrests. The camp’s population has dwindled as the pipeline battle has largely moved into the courts. 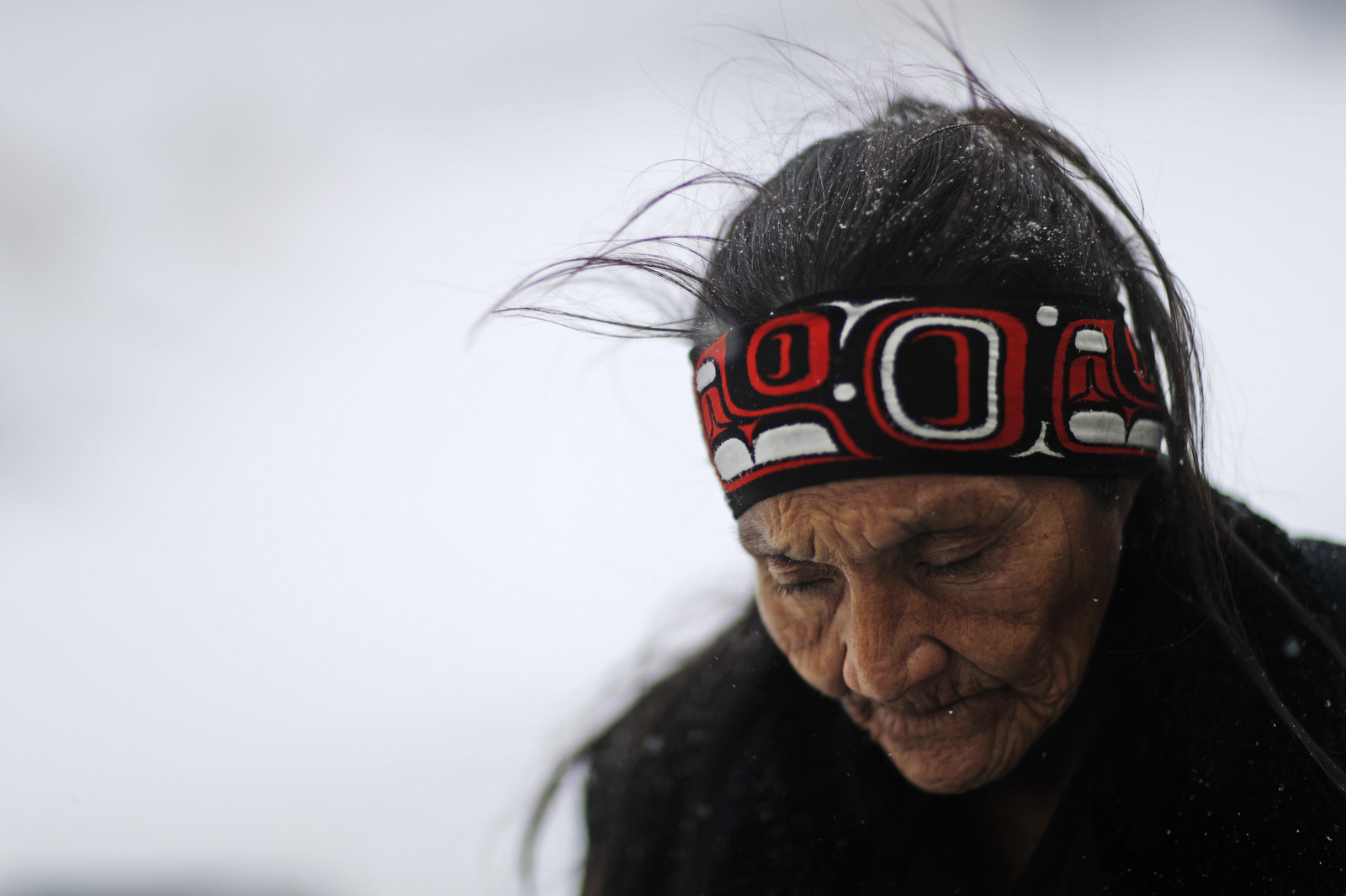 Grandma Redfeather of the Sioux Native American tribe walks in the snow to get water at the Oceti Sakowin camp where people have gathered to protest the Dakota Access oil pipeline in Cannon Ball, N.D. (AP/David Goldman)

WASHINGTON (REPORT) — As dawn breaks over an encampment that was once home to thousands of people protesting the Dakota Access oil pipeline, a few hundred holdouts rise for another day of resistance.

They aren’t deterred by the threat of flooding, nor by declarations from state and federal authorities that they must leave by Wednesday or face possible arrest. They’re determined to remain and fight a pipeline they maintain threatens the very sanctity of the land.

“If we don’t stand now, when will we?” said Tiffanie Pieper, of San Diego, who has been in the camp most of the winter.

Protesters have been at the campsite since August to fight the $3.8 billion pipeline that will carry oil from North Dakota through South Dakota and Iowa to a shipping point in Illinois. Dallas-based Energy Transfer Partners began work on the last big section of the pipeline this month after the Army gave it permission to lay pipe under a reservoir on the Missouri River. The protest camp is on Army Corp of Engineers land nearby.

The protests have been led by Native American tribes, particularly the Standing Rock Sioux and Cheyenne River Sioux, whose reservation is downstream. They say the pipeline threatens drinking water and cultural sites. ETP disputes that.

Faced with the prospect of spring flooding, some protesters are considering moving to higher ground, though not necessarily off the federal land. Some may move to the Standing Rock Reservation, where the Cheyenne River Sioux is leasing land to provide camping space even though Standing Rock Sioux Chairman Dave Archambault has urged protesters to leave.

“We have the same goals,” Cheyenne River Chairman Harold Frazier said of himself and Archambault. “We don’t agree on whether or not the water protectors should be on the ground.”