Unless there is an injunction, construction could begin in 24 hours. 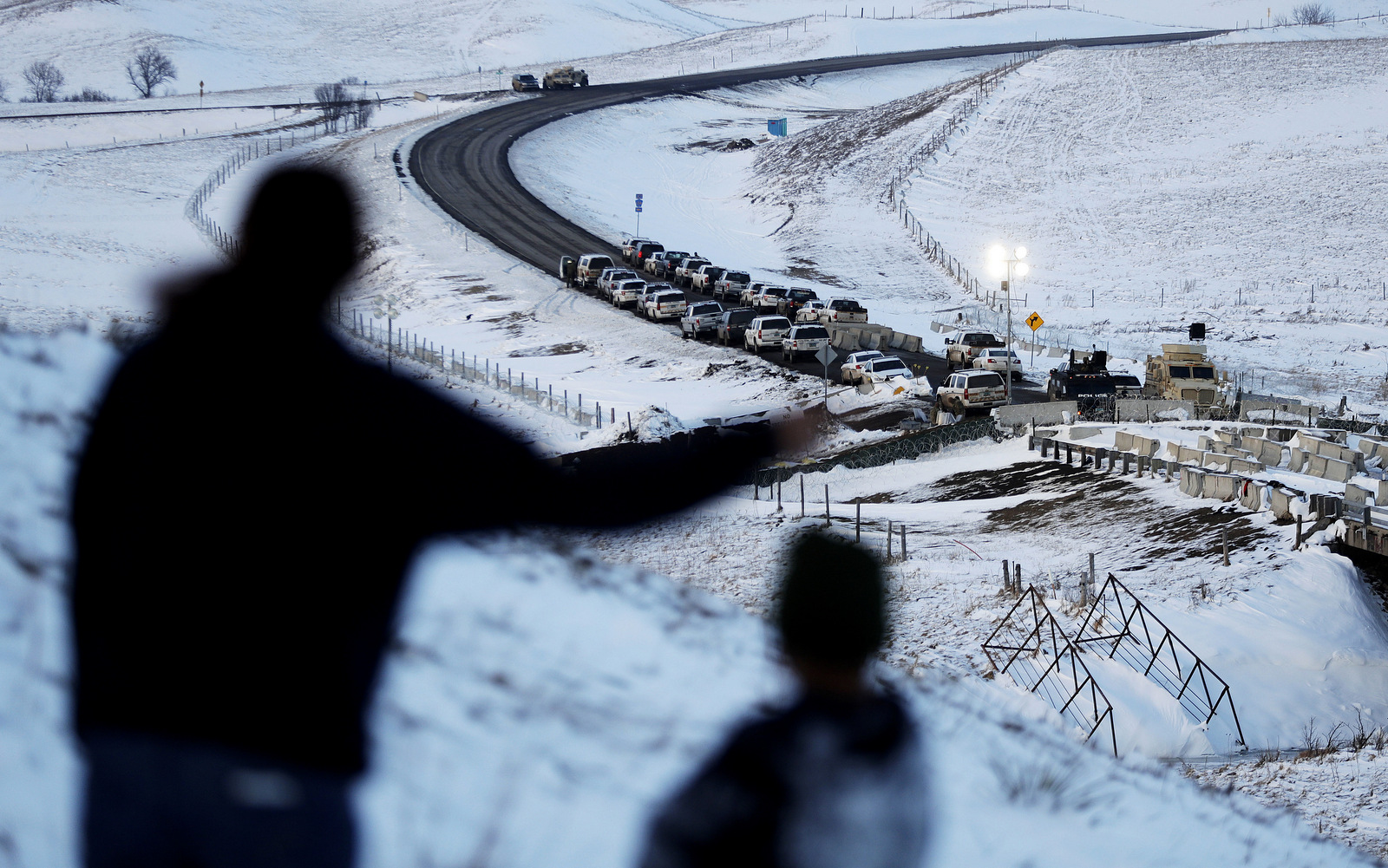 Law enforcement vehicles line a road leading to a blocked bridge next to the Oceti Sakowin camp where people have gathered to protest the Dakota Access oil pipeline in Cannon Ball, N.D. (AP/David Goldman)

The U.S. Army Corps of Engineers on Tuesday said it has notified Congress that it plans to grant Energy Transfer Partners the final easement to build the Dakota Access Pipeline (DAPL).

The approval is a massive blow to DAPL opponents, who have waged a months-long resistance to the pipeline on the grounds that it violates Indigenous treaty rights and threatens access to clean water.

Trump’s order comes as reversal to actions taken by the Obama administration, which ordered the corps to conduct a full environmental review of the 1,172-mile pipeline before allowing construction to continue.

Erich Pica, president of Friends of the Earth, described the development as both “sickening” and “predictable,” but said those who have opposed the project will not back down.

“The Standing Rock Sioux and Indigenous American peoples who have fought for their sacred tribal land and water rights deserve human dignity and a healthy future,” Picah said in a statement. “We stand behind them in the #NoDAPL fight and will put financial pressure on the banks financing this destructive pipeline project. The people’s resistance to keep fossil fuels in the ground will not disappear.”