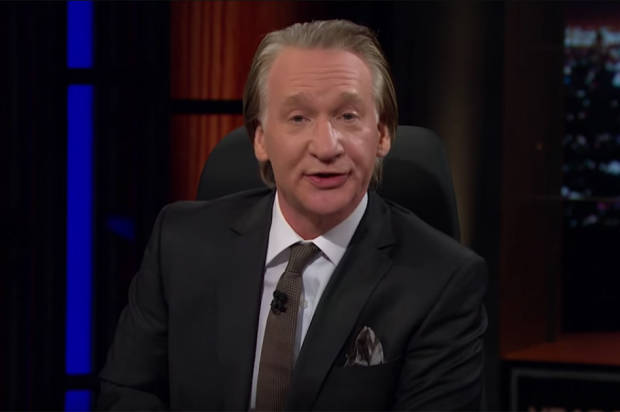 Since 9/11, Bill Maher has devoted himself to mainstreaming the toxic narrative of Islamophobia. With a captive audience of millions, the support of a major cable network and a steady stream of celebrity guests, including no shortage of self-styled progressives, Maher has largely succeeded in his goal.

Dan Cohen’s video compilation (embedded below) represents the most shocking exposé to date of Maher’s corrosive impact, laying bare the raw bigotry he pumps out night after night (text continues after the video).

According to Maher, “Islam is the motherlode of bad ideas,” the Quran is a “hate-filled holy book” and “the Islamization of Europe” is underway.

“Their cultures are not like ours,” Maher said, justifying the exclusion of Syrian refugees from the West. “They [are] worse!” he said of Muslims, branding Islam as “the only religion that acts like the Mafia.” Maher claims Muslims “bring that desert stuff” to the West, and that “if Muslim men could get laid more, we wouldn’t have this problem.”

“Talk to women who have ever dated an Arab man,” Maher insists. “The reviews are not good.” In Maher’s mind, moderate Muslims don’t exist. As the Iraqi army fights to retake cities controlled by the Islamic State, Maher denies that Muslims are battling ISIS. “Hundreds of millions of [Muslims]” support terror, according to Maher. “Most Muslim people in the world do condone violence,” he claims.