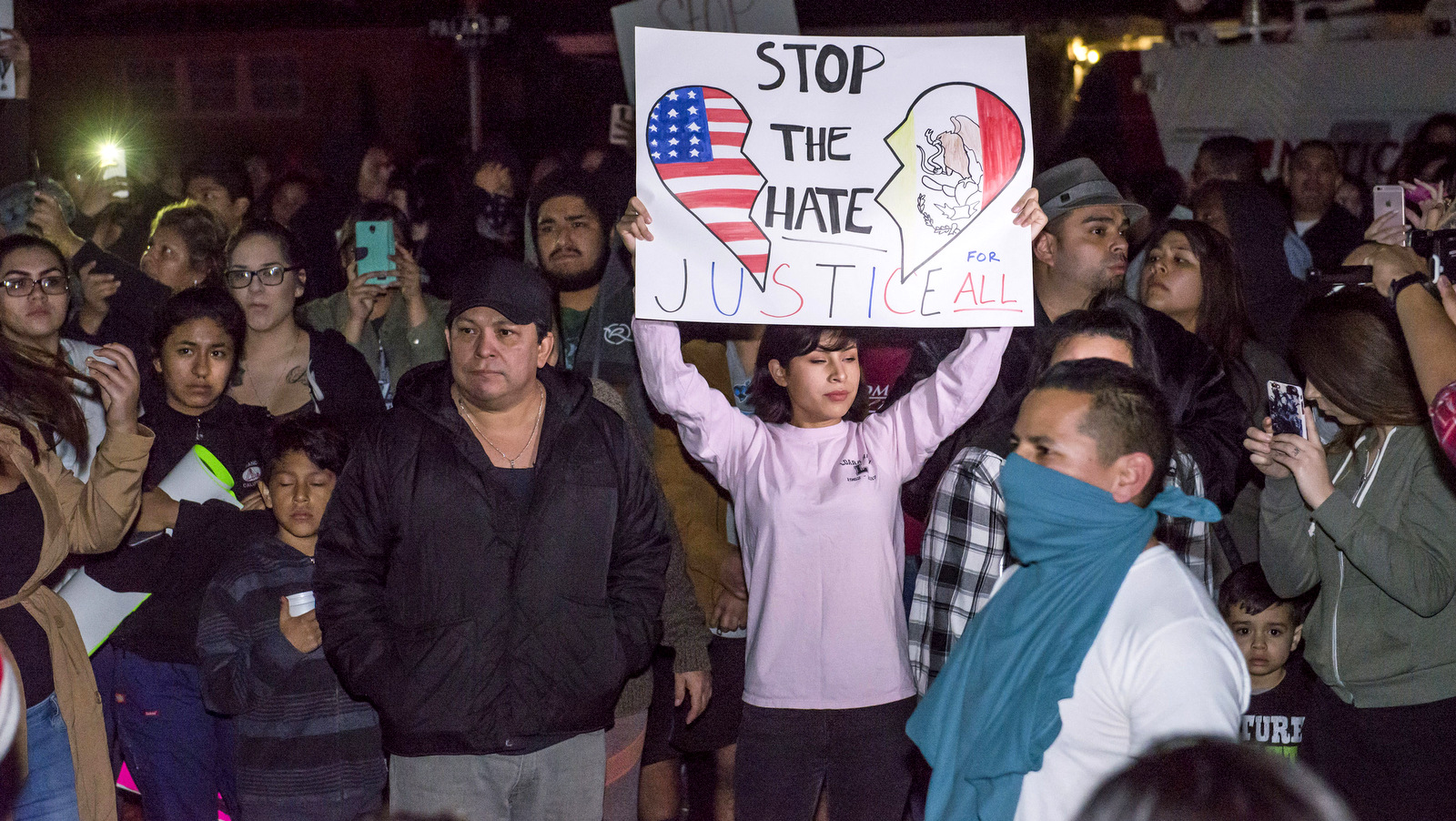 (REPORT) — Hundreds protested in the streets of Anaheim Wednesday night as video surfaced of a white off-duty officer physically harassing a Chicano teenager, firing a gun in the direction of his friends – a group of brown and Black youth.

13-year old Christian Dorscht was walking home from school Tuesday with friends when he decided to stand up for his female friend who was verbally assaulted by off-duty Los Angeles cop Kevin J. Ferguson for traversing his lawn.

Dorscht yelled that he would “sue” the officer. Ferguson allegedly heard “shoot” and dragged the young man by his collar across his yard before firing his gun toward the crowd of young people.

When police arrived on the scene, they discussed the incident with the off-duty officer and arrested Dorscht, who has been charged with a misdemeanor. He was taken to juvenile detention but has since been released. A fundraiser has been set up to help his family pay for legal costs. The police officer has been placed on administrative leave as the incident is investigated.