Third secretary killed by a private security guard in Pakistan in what officials say appears to be a personal dispute. 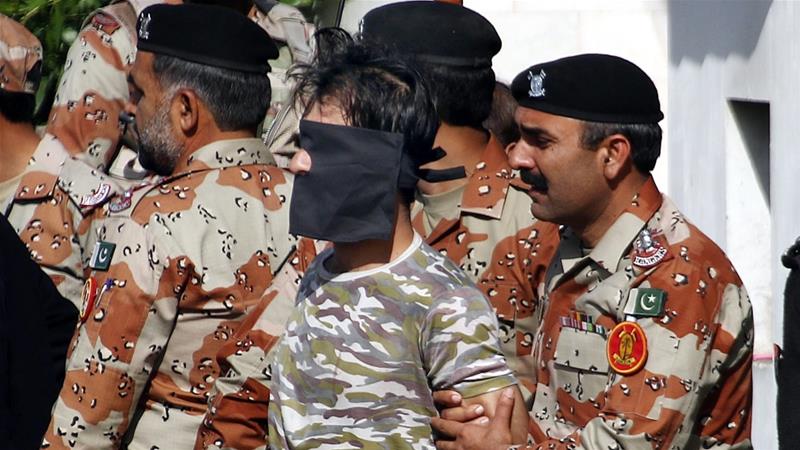 Pakistani Rangers detain an Afghan security guard who allegedly opened fire and killed an Afghan official in Karachi [EPA]
An Afghan diplomat was shot dead on Monday by a security guard inside an Afghan consulate in Pakistan, in what was described as a personal dispute, according to police.

The security guard, also an Afghan national, opened fire on Mohammad Zaki Uro, a third political secretary based at the consulate in the southern city of Karachi, Hamid Hamdard, an Afghan diplomat at the embassy in Islamabad, told Al Jazeera.

Security forces and a heavy police contingent surrounded the consulate immediately after the attack amid fears of a possible assault.

“There was nothing of the sort and it seems the guard had some sort of personal grudge with the diplomat,” Khan said.