Two controversial projects that were rejected by Obama to go ahead with Trump’s approval. 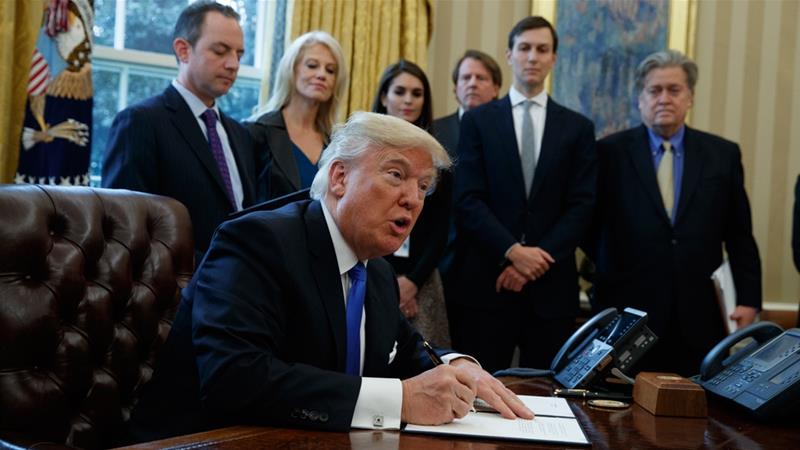 US President Donald Trump has signed two executive actions to advance the building of the Keystone XL and Dakota Access pipelines.

The pipeline will run from Canada to US refineries in the Gulf Coast. The US government needed to approve the pipeline because it crossed the border.

Activists have spent months protesting against plans to route the pipeline beneath a lake near a North Dakota Indian reservation, saying the project poses a threat to water resources and sacred Native American sites.

Energy Transfer Partners, the company that wants to build the pipeline, disputed that and said it would be safe.

The pipeline is to carry North Dakota oil through South Dakota and Iowa to a shipping point in Illinois.

An activist group against the two pipelines called on “all New Yorkers who care about the future of our planet” to march on Trump Tower in the city on Tuesday at 6pm local time (11:00GMT on Wednesday).

“If Trump wants to build pipelines, he’s going to have to go through ALL OF US,” the protest announcement on Facebook said.