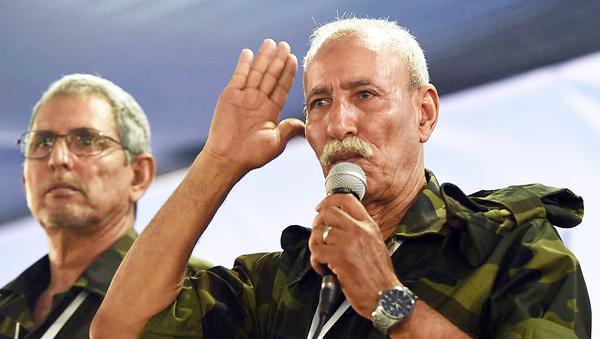 The African Union (AU) should be firm and resolute against Morocco’s quest to be admitted to the continental body, until it ceases the illegal occupation of and all hostilities against Western Sahara. This is the call of President Brahim Ghali of the Sahrawi Arab Democratic Republic (SADR) made on his recent working visit to Pretoria to confer with South African President Jacob Zuma.

The AU cannot allow a situation where a state is illegally occupying one of its founding members, Ghali added, and should push for Morocco to ensure the implementation of a UN Security Council resolution which states that a referendum on the self-determination of the people of Western Sahara should be conducted without any legal or political impediments.

President Ghali is also secretary-general of Polisario Front, which is leading the calls for independence from Morocco and the carrying out of the referendum for self-determination of the people of Western Sahara.

Ghali accused Morocco of not being serious about adhering to the rules of the AU, saying the moves to be admitted to the exclusion of Western Sahara was political posturing aimed at disrupting the international community’s efforts to resolve the conflict.

He said the people of Western Sahara, a country situated on the northwest coast of Africa bordered by Morocco, Mauritania, and Algeria, were buoyed by a decision of a European Union (EU) court barring companies from the EU from exploiting the minerals and other natural resources or engaging in commercial activities with Morocco in the Western Sahara region. A similar law will be implemented by the United States of America following a successful lobby of the Congressional Black Caucus.

After Spain withdrew from its former colony Spanish Sahara in 1976, Morocco annexed the northern two-thirds of Western Sahara and claimed the rest of the country in 1979, following Mauritania’s withdrawal.

“The people of Western Sahara are eager to take their rightful place and make maximum contribution towards inclusive development, economic progress, improvement in education, health and livelihoods of the African people through effective poverty alleviation projects. The people of Western Sahara are eager to play a more meaningful role in Africa’s efforts to engender, maintain and preserve peace, security and stability across the African continent. However, the protracted conflict and unprovoked aggression by the Kingdom of Morocco and its backers is getting in the way of progress,” Ghali said.

He added that Western Sahara holds a crucial position in efforts for Africa’s development due to its abundant natural resources and wealth in human capital and also in terms of its geopolitical position in world affairs. Western Sahara is rich in minerals such as phosphates and marine resources.

“We look to our longstanding partner and friend that is South Africa and the rest of the friendly countries who form the majority of African nations to continue to support us and to stop this aggression by Morocco and its backers.”

He insisted that the Polisario Front and people of Western Sahara were committed to peace and adherence to the AU- and UN-led interventions to find a lasting solution to the impasse and to ensure that the people are able to be free and exercise their right to self-determination.

President Zuma said South Africa could not deny that the prevailing stalemate also had an impact on the security of the region. “It is also in this context that the AU rightly continues to appeal for an enhanced and coordinated international action towards the organisation of a referendum for self-determination, in compliance with the OAU/AU decisions and UN resolutions and to bring the project of decolonisation to its final conclusion,” he said.

President Zuma said South Africa would continue to support the work of the AU special envoy, former president Joaquim Chissano, adding that the continuous colonial occupation of Western Sahara by Morocco constitutes a challenge to the principles of the United Nations Charter and the authority and credibility of the world body. He appealed to all parties to respect the principles of international law and called for an end to the illegal exploitation of resources in the Western Sahara occupied territories.

Giving a brief background of the issue South Africa’s Minister of International Relations and Cooperation Maite Nkoana-Mashabane explained that the Western Sahara has been on the decolonisation agenda of the UN and AU for more than 50 years. She explained that in 1963, the country was included on the list of non-self-governing territories under Article 73 of the UN Charter to which the UN General Assembly resolution 1514 (XV) of 1960 on the Granting of Independence to Colonial Countries and Peoples applies.