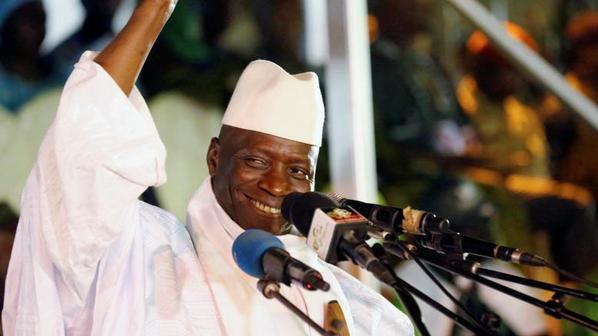 Jammeh flew out of The Gambia late Saturday, ending 22 years at the helm of the small west African nation, and headed for Equatorial Guinea where he is expected to settle with his family.

A West African military force entered The Gambia on Sunday – greeted by cheers from relieved residents – to provide security and allow Barrow, who has been in neighbouring Senegal for more than a week, to return and take power.

But amid growing controversy over the assurances offered to Jammeh to guarantee his departure, Barrow aide Mai Fatty said the new administration had discovered that some $11 million had recently been stolen.

“The coffers are largely empty,” he told reporters in the Sengalese capital Dakar. “Over two weeks, over 500 million dalasi ($11 million) were withdrawn” by Jammeh, he said. “As we take over, the government of The Gambia is in financial distress.”

Following Barrow’s win in the December 1 election, Jammeh initially conceded but then refused to step down, triggering weeks of uncertainty that almost ended in a full military intervention.

Jammeh slunk off in the early hours of Sunday on an unmarked plane. Barrow is eager to return “as soon as possible”, Mai Fatty said, warning however, that “the state of security in The Gambia is still fragile”.

On Sunday, “additional forces crossed into The Gambia to beef up the numbers already on the ground”, Barrow said, according to a statement read out by Mai Fatty.

The new administration wants the Economic Community of West African States (Ecowas) forces to stay on. “We want their mandate to be extended,” Mai Fatty said, adding that Barrow was waiting for assurances of loyalty from the security forces, including the police and the army.