US to sell $7bn of military aircraft to Arab countries 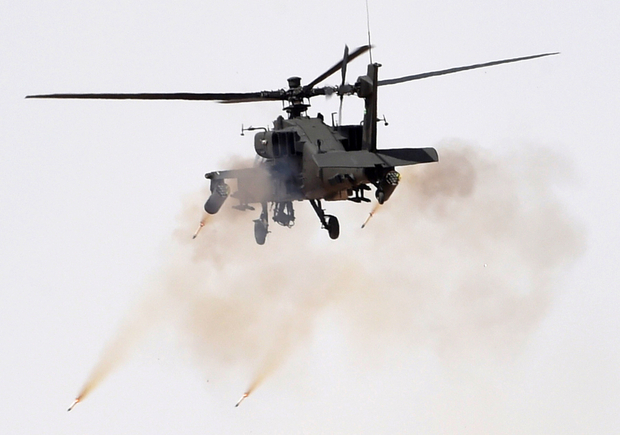 The United States on Thursday approved a series of deals worth more than $7bn to supply military helicopters, planes and missiles to four of its Arab allies.

The biggest agreement announced on Thursday was for a $3.51bn sale to the Saudi kingdom of 48 CH-47F Chinook cargo helicopters with spare engines and machine guns.

The United Arab Emirates wants to spend $3.5bn on 27 AH-64E Apache attack helicopters plus support equipment, made by Boeing and Lockheed Martin.

And Washington has also approved a contract to sell Morocco 1,200 TOW 2A anti-tank missiles made by US arms giant Raytheon for $108m.

The green light, announced by the State Department, will mark another windfall for plane maker Boeing and other US defence manufacturers.

But critics may deride the sales because of Saudi Arabia’s and the UAE’s controversial role in Yemen’s ongoing civil war.

Boeing and Honeywell Aerospace will be the main contractors. As many as 60 Americans – both private and government employees – will work in Saudi Arabia to maintain the aircraft.

Although the State Department has approved the sales after consultation with the Pentagon, Congress could still block them in theory.

Since all four Arab countries involved are US allies and past major arms purchasers, however, the contracts are expected to be approved, despite human rights groups’ criticism of US support for the Saudi-led coalition campaign against Houthi rebels in Yemen, which has killed many civilians.

In Yemen, the Houthis have accused the US of arming and supporting the Saudis, who intervened on the side of Yemen’s exiled government.

In late November, Kuwait bought 28 F-18 Super Hornets to replace a fleet of earlier versions of the US fighter jets. And the US Senate cleared a $1bn-plus sale of Abrams tanks to Saudi Arabia in September.