‘Not Freedom Fighters’: Ben Swann Calls Out US Funding Of Terrorists In Syria

‘The Free Syrian Army and the so-called Syrian rebels, who have now lost control of Eastern Aleppo, are not freedom fighters,’ Ben Swann recently said of the so-called ‘moderate’ rebels receiving U.S. funding in Syria. 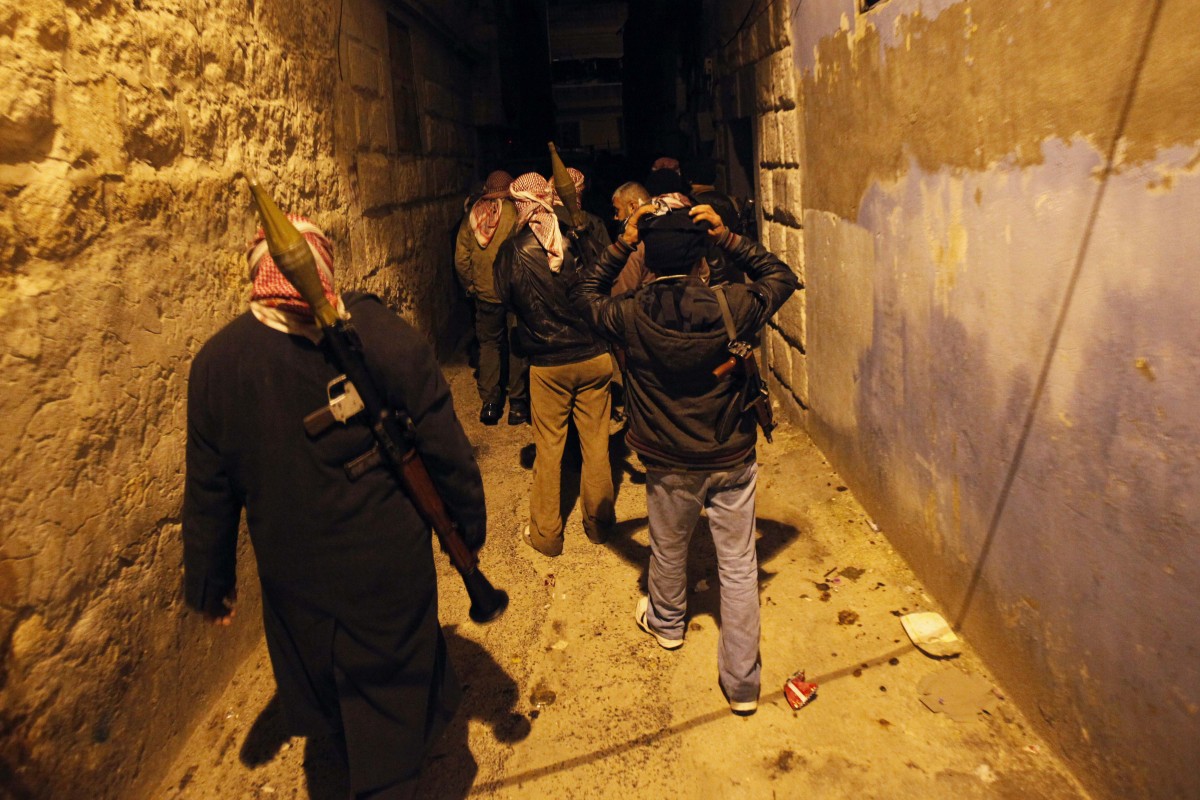 MINNEAPOLIS — It’s rare for any journalist in the corporate media to admit that the United States provides any kind of support to terrorists in Syria, but that’s what happened on a recent episode of Ben Swann’s “Reality Check.”

“The Free Syrian Army and the so-called Syrian rebels, who have now lost control of Eastern Aleppo, are not freedom fighters,” Swann reported on Tuesday. “They are, in fact, aligned with terror organizations.”

The United States and its allies in the Middle East have sought to overthrow the government of Syrian leader Bashar Assad for at least a decade, and support for so-called “moderate” rebels has been an important part of that plan.

Swann, a journalist known for his coverage of controversial issues, became the first reporter to directly question President Barack Obama about the ties between Syrian rebels and terrorist groups in 2012. His “Reality Check” series is popular online, and also airs on WGCL-TV, an Atlanta-based CBS News affiliate, where Swann serves as an evening news anchor.

“National media has framed the fight in Syria and for Aleppo as anti-Assad rebels against Syrian president Bashar Assad,” he said on Tuesday’s show.

The mainstream media has frequently focused on war crimes allegedly committed by the Syrian government, often relying on questionable human rights “experts” with a pro-war agenda or even reports based on fake or recycled photos. By contrast, atrocities committed by extremists with U.S. support receive relatively little notice.

As reported by Swann, essentially all rebel forces in Syria — from the various factions of the Free Syrian Army to the powerful Nusra Front — have ties to either al-Qaida or Daesh (an Arabic acronym for the terrorist organization known in the West as ISIS or ISIL). Even former government officials have admitted that these rebels are actually closely linked to terrorist groups.

Despite journalists and human rights observers repeatedly raising concern about official U.S. support for rebels and terrorists, the United States has continued to provide training and materiel to these extremist groups. Some of the rebels trained by the United States scattered at the first sign of conflict, while others have refused to fight against al-Qaida. During one notable incident earlier this year, rebels backed by the CIA fought rebels backed by the Pentagon.

“While the weapons were flowing in, so were jihadists,” Swann noted. Though some groups like the Free Syrian Army may have originally consisted of genuine freedom fighters opposed to the government under Syrian President Bashar Assad, they quickly became dominated by terrorist groups within the first few years of the ongoing Syrian civil war.

“And yet,” Swann continued, “through 2016, weapons and funding from the West continued.” As recently as September, the Obama administration offered rocket launchers and other weaponry to rebel groups after the failure of one of several rounds of peace talks.

“Media only calls these groups ‘freedom fighters’ and yet these fighters have pledged themselves to al-Qaida and to ISIS. … Make no mistake, they are not looking to make Syria free. They are looking enslave it as they have in so many other places.”

Though some incidents, like the recent burning of buses intended to evacuate civilians by the Nusra Front, do receive relatively widespread coverage, Swann remains one of only a few voices in the mainstream media to connect U.S. funding for rebels to these crimes.

Watch “Reality Check: Proof That Those ‘Moderate Rebels’ in Syria are Really Jihadists”: