Links of ambassador killer crucial for future of Turkish-Russian ties 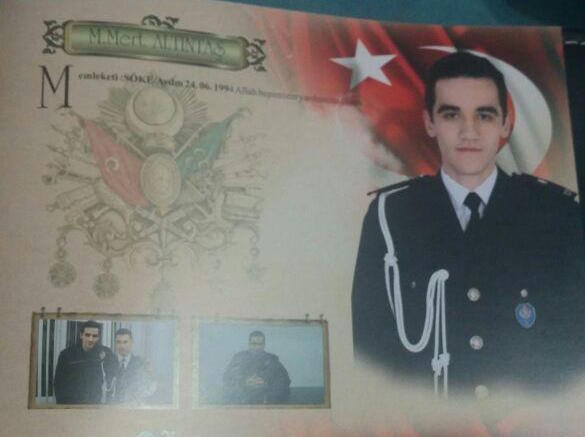 ISTANBUL, Turkey – The links of the attacker who gunned down Russia’s ambassador to Turkey in the Turkish capital Ankara on Monday evening will be crucial in determining both the future course of events in Syria and Aleppo, and also Turkish-Russian ties.

Russian Ambassador Andrey Karlov was killed by a 22-year-old gunman identified as Mert Altintas, a member of the riot police force for the last two-and-a-half years, at an art exhibit in Ankara on Monday evening.

The crucial element will be whether the gunman was acting as a lone wolf or was part of some group, Ahmet Kasim Han, a professor of international relations at Istanbul’s Kadir Has University told Middle East Eye.

“If it is established that the assailant had links with intelligence agencies, the Free Syrian Army or some such more extensive group, the Russians are certainly going to respond,” said Han. “For example if it emerges that there are links with the FSA or some other Syrian rebel group, Russia is going to behave differently even when it comes to its deal with Ankara regarding the evacuation of Aleppo.”

Han said he believed in any other circumstance the incident was unlikely to create an open rupture between Moscow and Ankara. He said this does not mean that Russia “will forget the incident and move on but that it will make a note without necessarily creating an immediate rupture.”

Han also pointed out that the incident could even strengthen Turkish-Russian ties if it emerges that the assailant was linked to the Fethullah Gulen movement.

“If Turkey can show a clear link between the assailant and Gulen it will mean it will have full Russian support in its ongoing fight against the Gulenist organisation,” said Han.

Huseyin Bagci, a professor of international relations at Ankara’s Middle East Technical University, told MEE that the attack on the ambassador was not good for bilateral relations.

“Talks between President Recep Tayyip Erdogan and President Vladimir Putin will be vital if bilateral relations are not to suffer,” said Bagci.

Speaking in a televised address on Monday evening, Erdogan condemned the attack and called it an attempt to disrupt Turkey-Russia relations.

“I condemn with hate the assassination of Russian Federation Ambassador Andrey Karlov,” he said.

“I see this as an attack on Turkey and its people.”

He said it was a “provocation given our cooperation regarding Aleppo.”

He added that a “joint task force” would be set up with Russia to investigate the attack.

Karlov was attending a Russian-sponsored exhibit at the Modern Arts Centre in Ankara when Altintas shot him and shouted in Turkish that it was “revenge for Aleppo” and also shouted “Allahu Akbar”.

Hasim Kilic, a photojournalist from Turkish newspaper Hurriyet, who was at the scene told private broadcaster CNN-Turk that the assailant only targeted the ambassador and his other shots were fired in the air.

Altintas, who is reported to be a member of the riot police unit, was dressed in a suit at the event.

Police stormed the building shortly after and killed Altintas. Eyewitnesses also reported him as saying he wouldn’t “leave the building alive.”

Interior Minister Suleyman Soylu arrived at the scene while the standoff between police and Altintas was ongoing, signifying the importance Turkish authorities placed on the incident.

According to Han, Turkish authorities will have to be very careful and measured in statements they make regarding the incidents. Turkey has been in a heightened state of alert since two major terror attacks in the last fortnight in Istanbul and Kayseri.

Turkey also ensures stringent security measures are in place generally with regards to foreign diplomatic missions and diplomats, given the multiple threats it faces.

Security has also been increased since protests have been held outside Russian and Iranian diplomatic missions in Turkey during the past week with angry crowds slamming the roles of those two states in Syria and Aleppo in particular.

The gunning down of Karlov is the biggest incident since Turkey shot down a Russian jet near the Syrian border in November 2015.

Ties between the two countries came under severe strain following that incident with Russia imposing economic sanctions in retaliation. Turkey was also largely left out of the Syrian theatre after the jet downing, fearing a potential Russian attack.

Moscow and Ankara only began to restore ties after Erdogan apologised in June for the downing of the jet. The restoration of ties gathered pace after the failed coup attempt as Putin was quick to back Erdogan without any conditions attached.

This was music to Erdogan’s ears, who felt let down by Turkey’s traditional western allies, who not only hesitated to condemn the coup attempt at first but then also qualified their condemnations with a plea to observe human rights and the rule of law.

Turkey later blamed the shooting of the Russian jet on Gulenist elements in its air force.

The Turkish Foreign Ministry issued a written statement expressing “deep sadness” over the death of Karlov and “condemning” the assassination.

The foreign ministry statement mentioned that the incident would be thoroughly investigated.

“Turkish officials will need to take the utmost care to make sure their statements are measured not to antagonise the Russian at this point,” said Han.

Turkey’s defence, health and interior ministers gathered in front of the hospital where Karlov was taken after being shot and made a statement to gathered reporters.

“This assassination has hurt us and our country deeply. I offer my condolences to the Russian Federation, the Russian people and the ambassador’s family,” said Soylu, the interior minister.

Erdogan called Putin a few hours after the attack to inform him of developments and to provide information on the attacks.

The Security Council of the Russian Federation issued a statement saying the attack signalled an attempt to “create a divide between Russia and Turkey”.

Future course of action in Syria

A meeting scheduled in Moscow for Tuesday between the foreign ministers of Russia, Turkey and Iran is slated to go ahead as planned.

The meeting is to discuss the situation in Aleppo and how to ensure the evacuation of civilians and rebels from eastern Aleppo continues without incident.

According to Han, Russia is unlikely to change its Syria policy over this attack since everything is proceeding just as Moscow wants in Syria. But he warns that cooperation with Turkey over Syria might suffer.

“The current cooperation over Aleppo and Syria is one where Russia more or less dictates what it wants to Turkey,” said Han. “But again depending on what links the attacker had, Moscow could decide to punish Ankara by reducing cooperation over Syria.”

Han, however, said he doubted that Russia will let ties with Ankara reach breaking point again over the assassination of its ambassador in Ankara.

“I believe Russia will react calmly. Depending on what intelligence they gather, they will probably not engage in a public confrontation with Turkey. They will never forget and will respond at some level but I doubt it will be on a public level.”