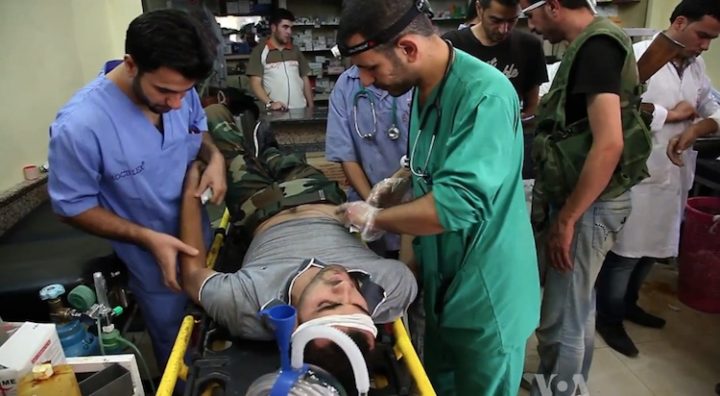 NEW YORK- IDN  In a major move ahead of joining the UN Security Council as its non-permanent member on January 1, 2017 for two years, President Nursultan Nazarbayev has offered the Kazakh capital of Astana as the venue for peace talks between the conflicting parties in the Syrian conflict.

According to official sources, the offer follows “a significant agreement between Russian President Vladimir Putin and Turkish President Tayyip Erdogan who had agreed to push Syria’s warring factions towards new negotiations”.

“The latest reports of the successful evacuation of many civilians in Aleppo are, of course, welcome,” said The Astana Times in an editorial on December 21. “However, it would be wrong to see this as a sign that the conflict in Syria is coming to an end,” it added, stressing the need for peace talks.

Farhan Haq, Deputy Spokesman for the UN Secretary-General, confirmed in the press briefing at the UN Headquarters on December 21 that Staffan de Mistura, United Nations Special Envoy for the Syria crisis, had mentioned February 8, 2017 as the date for the talks to resume in Geneva.

Asked “What does the UN think of Kazakhstan’s suggestion of hosting the talks in Astana?” Stéphane Dujarric, Spokesman for the Secretary-General, told media representatives on December 20: “Obviously, I think it is something we’re looking into, and we’ll get back to the Kazakh authorities.”

Kazakh official sources are of the view that Astana is “a natural home” for peace negotiations on Syria, particularly in view of the role that Kazakhstan has already played in mediation attempts.

In May 2015, Kazakhstan hosted the first round of talks involving representatives of the Syrian opposition committed to finding a diplomatic solution to the crisis.

In October 2015, the second round of these talks took place. According to The Astana Times, a number of important agreements were reached during these discussions, including on humanitarian issues. Apparently, a consensus was established to create corridors to support the safe passage for the millions of refugees leaving the country.

Apart from referring to practical experience of hosting highly important peace negotiations, the editorial said: Kazakhstan has remained a neutral mediator throughout the Syrian crisis, which has ensured its government is trusted by all sides involved in the conflict.

“A trust built on the reputation the country has developed as an honest broker in international diplomacy across such issues as the Iran nuclear talks and Ukraine crisis.”

The Astana Times said: “All sides must now urge the Syrian government and recognised Syrian opposition groups to accept this important proposal (by Kazakh President).”

The newspaper added: Early indications are that the murder of Russian Ambassador in Turkey Andrey Karlov on December 19 would not derail the agreement reached between Moscow and Ankara “nor would deter them in their determination to seek the quickest end to hostilities in Syria”.

It’s not the first time that Kazakhstan has pressed the need to seek a diplomatic solution to the conflict, arguing that military options would only exacerbate the situation.

Back in 2012, President Nazarbayev urged the parties to the Syrian conflict to sit down at the negotiating table, saying: “Kazakhstan has repeatedly voiced its support for the efforts aimed at a peaceful settlement of the crisis situations in Syria.”

Explaining Kazakh approach, the Editorial said, the most urgent task must be to end all military activity in Syria and resume negotiations between the Syrian government and the opposition. It is important to act to bring all sides together, it said.

Besides, Kazakhstan is committed to doing that, offering the world a neutral and experienced base in which to begin these vital talks. “These negotiations have the potential to bring hope for a better future to millions across the world. The international community must now set aside their differences and work together to ensure this opportunity is not lost.”

The United Nations estimates that since the Syrian Civil War grew out of the unrest of the 2011 Arab Spring and escalated to armed conflict, 400,000 people have been killed, including around 16,000 children. [IDN-InDepthNews – 22 December 2016]

IDN is flagship of the International Press Syndicate.