Big Pharma Accused Of Illegal Price-Fixing, What You’re Not Being Told

The suit is part of an ongoing, two-year long antitrust investigation conducted by the U.S. Department of Justice. 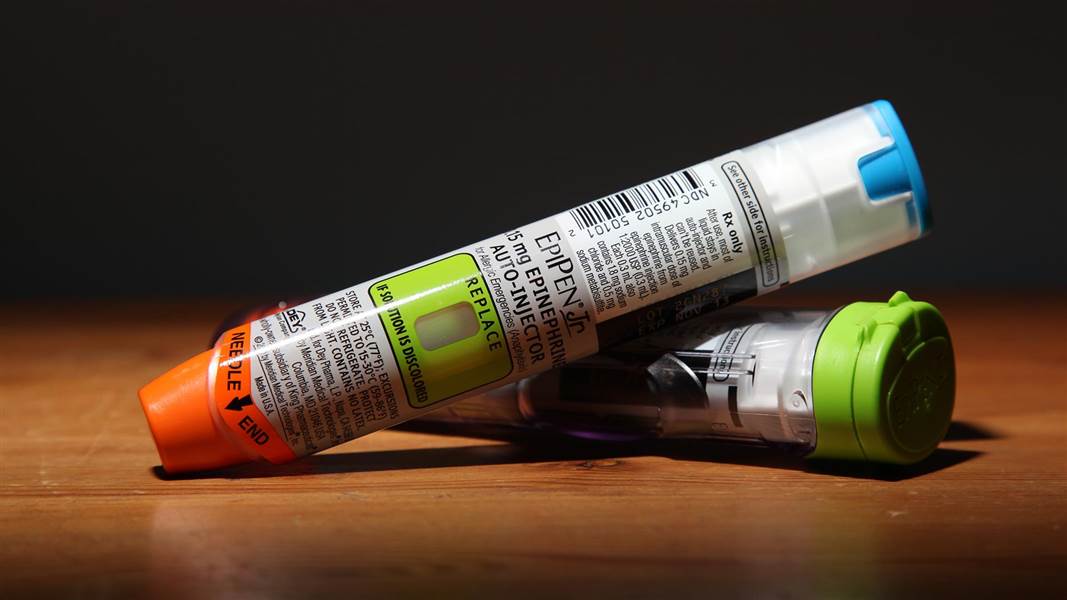 A lawsuit filed Thursday in the U.S. District Court for the District of Connecticut alleges Heritage Pharmaceuticals, EpiPen-maker Mylan NV, and others conspired to manipulate U.S. drug prices. The suit was filed on behalf of the states of Connecticut, Delaware, Florida, Hawaii, Idaho, Iowa, Kansas, and at least 12 others.

Naming Heritage Pharmaceuticals Inc. as the “ringleader” of the alleged conspiracy, the suit claims the prices of doxycycline hyclate, an antibiotic, and glyburide, a treatment drug for diabetics, were kept artificially high due to a scheme involving Mylan, Mayne Pharma, Aurobindo Pharma, Teva Pharmaceuticals, and Citron Pharma LLC. Federal prosecutors claim the price-fixing scheme was orchestrated by executives who have left Heritage.

The suit is part of an ongoing, two-year long antitrust investigation conducted by the U.S. Department of Justice.

According to the New York Attorney General’s Office, former Heritage executives Jeffrey Glazer and Jason Malek conspired with others to avoid competition by “[entering] into numerous illegal conspiracies in order to unreasonably restrain trade, artificially inflate and manipulate prices and reduce competition.” By resorting to price-fixing, companies involved may have believed they would secure their market shares without presenting a major risk to one another. This alleged scheme, the suit argues, has caused “significant, lasting and ultimately harmful rippling effect in the United States healthcare system.”

The 20 states named as plaintiffs in the suit claim the companies were aware of the legal ramifications of their actions and took steps to hide their intent and actions as soon as the investigation was launched.

Price-Fixing: A ‘Conspiracy’ That Begins With Crony Capitalism
Recently, Mylan was chastised for inflating the price of the EpiPen, a device used to combat life-threatening allergic reactions. As Anti-Media reported in August, news organizations “had a field day” when reports showed the price of the autoinjector had gone from $57 each in 2007 to $600 for a double package in 2016.

During a hearing before Congress over the EpiPen scandal, Mylan CEO Heather Bresch called the outraged reactions to the price hike “overblown.” Adding that the price of the autoinjectors wouldn’t change anytime soon, Bresch defended the company’s decision, claiming “[Mylan]’s profit on its $609 EpiPen two-packs is about $50 per pen.”

When examining Mylan’s involvement in politics since Bresch was named the company’s executive, it becomes apparent that Mylan may have had the opportunity to approach regulators from a privileged position due to the fact Sen. Joe Manchin (D-WV) is the CEO’s father.

By 2010, the Food and Drug Administration (FDA) had changed federal guidelines associated with epinephrine prescriptions, allowing Mylan to change its EpiPen labels. By shifting packaging and selling twin-packs instead of single pens while marketing the devices to “anyone at risk,” Mylan widened the EpiPen market.

In 2013, a congressional bill pressuring states to have stocks of EpiPens on hand was signed into law. It was conceived after a local seven-year-old died due to an allergic reaction to peanuts.

Mylan lobbied heavily for this bill and spent over $1 million that year alone in lobbying efforts. Due to this legislative success, up to 47 states now “require or encourage schools to stock the devices.” But as the company led the fight to introduce the EpiPen to a larger audience, it also led a legal battle to bring its competitors to their knees by influencing regulation that artificially raises costs of doing business for other companies.

From our August report:

“In 2009, Pfizer Inc., the world’s biggest drugmaker, and Mylan sued Teva Pharmaceutical Industries Ltd. over a patent infringement. At the time, the Israeli company was accused of using Mylan’s design without permission. But in 2012, both parties reached an agreement, and Teva was allowed to seek approval from the FDA for its epinephrine injecting device.

“According to Gizmodo, Teva has failed to obtain approval from the FDA to develop affordable generic versions of the EpiPen. The company says it won’t try to go through the same process again until 2017.

“The only other device that was closer to competing with Mylan’s EpiPen was Auvi-Q, and it was also driven out of the market. In 2015, the company launched a recall campaign claiming the devices could be delivering faulty dosages.”

If Government Does It, It’s OK
Instead of allowing competition to flourish, Mylan’s CEO saw an opportunity to use her political influence to boost her top-selling product. But in the most recent case, Mylan, along with others, may have seen an opportunity to accomplish something similar without looking to government for help.

By joining forces, these companies may have struck a deal in the shadows, perhaps due to their individual failure to whip up regulation that would have helped defeat their competitors.

Whatever the occasion, these companies may have secured their position in the market and their share of the profits by bypassing Congress. If they had lobbied Congress for further regulation — effectively barring other firms from entering the market — they would have manipulated the drug’s pricing just as effectively, adding a seal of approval from the government to the mix.

What this story shows us is that if companies conspire among themselves to keep competitors at bay, the federal government will accuse them of breaking antitrust laws. But when Congress approves increased regulation, effectively barring smaller companies from competing while creating monopolies, price-fixing is perfectly acceptable.

Instead of a lawsuit against Heritage and Mylan, how about the People v. United States Congress? After all, if it weren’t for their relentless pursuit of special interest protections, companies wouldn’t have turned into the conglomerates they have become.