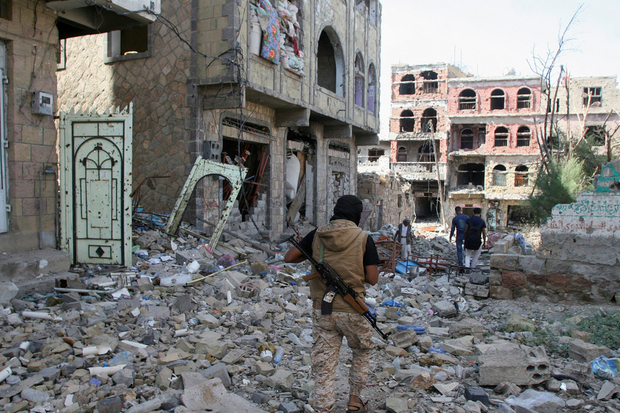 The Saudi-led coalition supporting Yemen’s government against Houthi rebels said a 48-hour ceasefire ended at midday Monday hours before it was due to because of repeated “violations” in the city of Taiz.

“There is no respect (for the truce), only violations,” coalition spokesman Major General Ahmed Asiri told AFP, adding that there were “no orders to extend the ceasefire”.

“There have been more people killed in Taiz and more attacks with surface-to-surface missiles, so automatically the conditions are not there” for prolonging the truce, he said.

The ceasefire began on Saturday following an intervention by US Secretary of State John Kerry who met rebel representatives in Oman and urged the government of Yemeni President Abd Rabbuh Mansour Hadi to sign up.

The coalition had said the truce could be renewed if the rebels abided by the deal and allowed aid deliveries into besieged cities.

Yemeni government forces and rebels were engaged in fierce fighting as a 48-hour ceasefire declared by the pro-government Arab coalition approached its end on Monday, military officials said.

Fifteen rebels and nine loyalist troops were killed in clashes overnight in and around the flashpoint southwestern city, military and medical sources said.

Four civilians were killed and 11 others wounded in rebel bombing of loyalist-held neighbourhoods, the sources said.

Early on Monday, forces loyal to President Hadi attacked Houthi rebels and their allies on the western outskirts of Taiz, military officials said.

The offensive, coming hours before the midday local time end of the ceasefire, targeted an air defence base, the officials said, while witnesses reported loud explosions.

Four of the Houthi casualties were killed in an air strike by the Saudi-led coalition, which has been fighting the rebels since March 2015, when Houthi rebels expanded their control and forced Hadi into exile.

Elsewhere, pro-Hadi forces said they repelled a rebel attack on their positions in Sarwah, in Marib province, east of the capital.

The ceasefire began on Saturday following an intervention by US Secretary of State John Kerry, who met Houthi rebel representatives in Oman and urged Hadi’s government to sign up.

Major General Ahmed Asiri said the truce could be extended if there was a “complete halt to the violations” he attributed to the rebels.

He accused the rebels of 180 violations in the first 10 hours of the truce.

A spokesman for renegade Yemeni troops allied with the rebels accused the other side’s forces of more than 100 violations of the ceasefire. 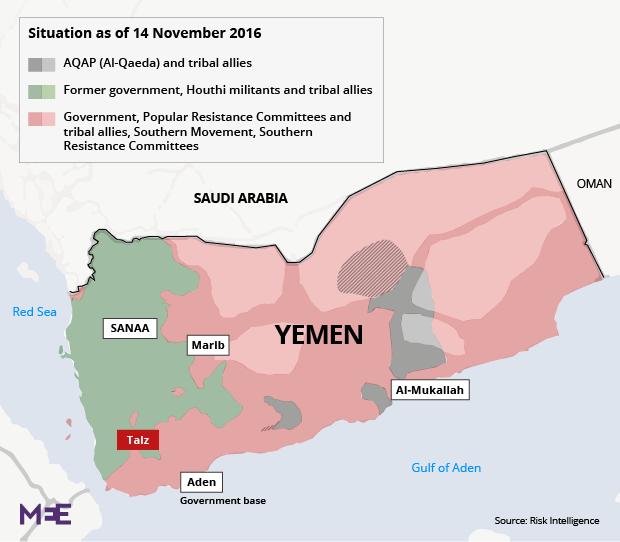 Middle East Eye reported earlier this year the sheer scale of death and destruction from the capital city of Sanaa after months of air strikes from the Saudi coalition.

The scale of bombing was so severe that Yemenis described the aerial campaign by the Saudi coalition as turning the “skies into fire”.

The Saudi coalition have denied all claims of breaking international humanitarian law during its bombing campaign in Yemen.

The Iranian-backed Houthi rebels have also been accused of breaking international humanitarian law.

Yemen’s conflict began in 2014 when the rebels overran Sanaa and other parts of the country.

The UN says more than 7,000 people have been killed and nearly 37,000 wounded in Yemen since March 2015, when the coalition intervened on behalf of the government.