US Jewish and Muslim associations unite to combat bigotry 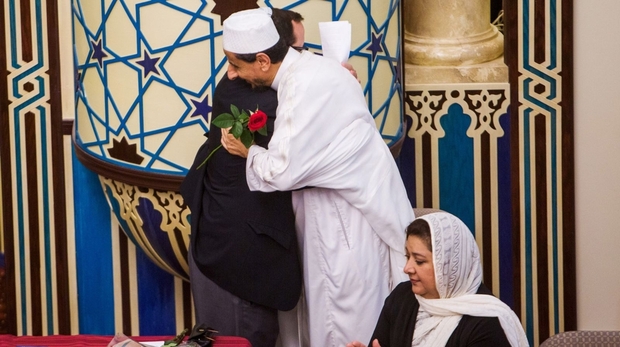 Two prominent Jewish and Muslim associations have banded together to form an interfaith alliance to address anti-Muslim bigotry and anti-Semitism in the US, and advocate for issues of common concern.

The Muslim-Jewish Advisory Council was created by the American Jewish Committee and the Islamic Society of North America (ISNA).

“Our two communities share much in common and should find ways, where possible, to work together for the benefit of the entire country,” said Stanley Bergman, council co-chair.

According to a news release on the group’s formation, the “council brings together recognised business, political, and religious leaders in the Jewish and Muslim American communities to jointly advocate on issues of common concern”.

“The council aims to provide a model for civic engagement by two communities, vital to American society, that agree to work together on issues of common concern and overlapping interest,” Kathwari said.

Throughout the election campaign, racist incidents spiked, sparking fears among minorities and civil rights groups that Donald Trump’s election as US president has emboldened hate groups.

While it will work on combating such crimes, the Muslim-Jewish Advisory Council said it was not created as a direct response to the election.

“…It takes a long time to assemble these people serving on the council,” he added.

One of the main objectives of the group is developing “a coordinated strategy to address anti-Muslim bigotry and anti-Semitism in the US,” according to the news release.

Bob Silverman, who is director of Muslim-Jewish relations at the American Jewish Committee, told Israel’s daily Haaretz that they’re working towards enforcing legislation against hate crimes in the workplace.

“There’s no specific law currently saying you can’t fire someone for wearing a yarmulke or a hijab,” Silverman said. “There’s good hate crime legislation at the state and federal levels, but it’s not being enforced.”