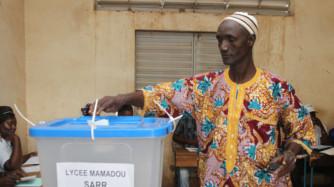 Mali voted Sunday in its first elections since 2013, with turnout low as security jitters remained elevated despite an international military intervention. “After the voting on Sunday, an army convoy taking the ballot boxes for counting was attacked in the north by jihadists. Five Malian soldiers were killed,” the security source said.

Another Malian security source said the assailants were unable to make off with the ballots, but confirmed the jihadists “wanted to sabotage the elections”.

Separately, a local official recounted an attack on the town of Dilli, southwestern Mali, where presumed jihadists stole vehicles and killed a civilian. “They arrived early Monday in Dilli. They attacked a council building. The jihadists then took off with two ambulances and a vehicle, after which they killed a civilian and made off for the Mauritanian border,” a local official said, requesting anonymity.

It is alleged the jihadists were looking for ballot boxes in the building while counting takes place. Voters are electing 12 000 councillors across Mali as the government wrestles with implementing a 2015 peace deal and warding off the stubborn jihadist threat in the north.