In the week since Trump’s election, organizations fighting for the rights of women, immigrants, and others have received a flood of support they’ve never seen before. 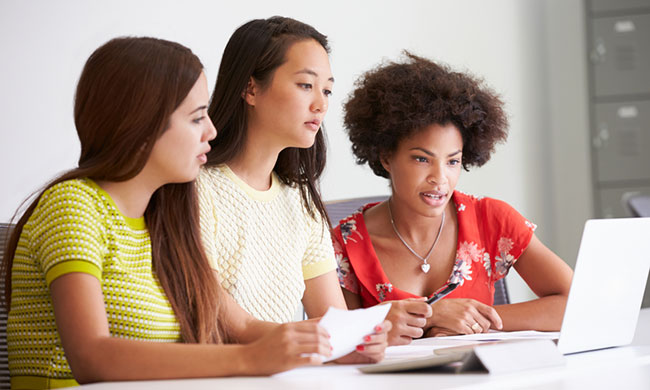 Last Wednesday morning—hours after results of the election came in—the website of the National Organization for Women crashed due to overwhelming traffic.

Record numbers of people were directed to the site after the organization was named in online lists, like this viral one from Jezebel, that highlighted organizations that will protect human rights and the environment under a Trump presidency.

NOW wasn’t the only organization that experienced a surge of interest. Last week’s election of Donald Trump sparked a flood of support—mostly through donations and memberships—that numerous organizations called “unprecedented.” Nonprofits like the Sierra Club and the ACLU received record numbers of donations since last week; for some groups, more money poured in over a period of a few days than in full years in the past.

The following list details just a few of the organizations representing some of the issues Americans are most concerned about in the years to come—civil liberties, women’s leadership, climate and the environment, and the rights of women, immigrants, Muslims, and LGBTQ people.

Civil rights
The American Civil Liberties Union
The ACLU’s donation page also went down on Wednesday. In the days following the election, the group—a nonprofit, nonpartisan organization that defends civil liberties in all 50 states—has received about 120,000 donations, totaling over $7.2 million, as of early this week. In less than a week, it has seen a 25 percent increase in Facebook followers, now up to almost a million. This has been the largest single outpouring of support since the ACLU’s founding in 1920, even surpassing a surge of post-9/11 support.

“Donald Trump will confront the strongest ACLU in the 100-year history of our organization,” stated Executive Director Anthony D. Romero on the ACLU Facebook page.

Protections for Muslims
Council on American-Islamic Relations
Post-election, CAIR—established to encourage understanding of Islam in the U.S., promote dialogue, and protect the rights of Muslims—saw a spike in the number of people offering to volunteer for the organization. More than 500 people have signed up to volunteer as of Friday, which is unprecedented. CAIR also saw an outpouring of support and expressions of solidarity via email and social media.

LGBTQ rights
Mazzoni Center
Since last Wednesday, the Mazzoni Center, an organization focused on health and wellness for LGBTQ people, has received 291 donations from people all over the country and even internationally. More than 100 individuals and groups have contacted it about volunteering—from residents of the Philadelphia area, where it is located, to a Utah sorority proposing a fundraiser.

Elisabeth Flynn, senior communications manager, stresses that the Mazzoni Center believes “health care is a fundamental human right, not a privilege.” Regardless of any changes President-elect Trump makes to the Affordable Care Act, Flynn says, the Mazzoni Center is committed to providing care to anyone who needs it.

Women and reproductive rights
National Organization for Women
Last week, somewhere between 1,300 and 1,500 more people than expected in the period of a few days signed up or renewed NOW memberships. NOW—an organization made up of hundreds of thousands of feminist grassroots activists seeking to achieve and protect equal rights for women—received emails from people grieving and trying to make sense of what had happened.

Right after the election, the group participated in a joint press conference of allied progressive organizations that emphasized the importance of being there for one another to build protections that extend rights for all. “We have to be overt and intentional about having each other’s back,” Terry O’Neill, president of NOW, said of protecting human rights.

Planned Parenthood
As of a few days ago, the country’s largest reproductive health provider and resource had received almost 80,000 post-election donations, support that President Cecile Richards called unprecedented. “We will never back down, and we will never stop fighting to ensure that Planned Parenthood patients have access to the care they need, people who come from communities that need our continued support in this new reality—immigrants, people of color, the LGBTQ community, people of faith, and more,” she said in a statement.

Reproductive Health Access Project
In the 48 hours after the election, Reproductive Health Access Project—which helps primary care providers integrate abortion, contraception, and miscarriage management into practices—received 72 donations totaling about $4,500. Executive Director Lisa Maldonado emphasizes that for the size of their organization, that was a huge accomplishment—especially because most of the money came from new donors.

The national network of the Reproductive Health Access Project is made up of local chapters, or clusters, of clinicians who advocate for and train in local communities. Since the election, the organization has seen a spike in clinicians wanting to be involved. Last week, the group started work toward launching new clusters in Seattle, the Bay Area, Chicago, and North Carolina.

Women’s leadership
Running Start
Running Start, a nonprofit, nonpartisan organization that encourages young women to run for political office, has seen a huge outpouring of support from new and existing sources since Wednesday. Online donations totaling about $12,000 came in from 250 new donors, and Melissa Richmond, vice president, says core supporters have been reenergized.

The group gained 1,000 new Twitter followers in just a few days. When Liz Meriwether, creator of the TV show New Girl, tweeted about her donation, the post received 1,700 likes and 340 retweets. Many have donated on behalf of mothers and daughters. One did so in the name of a young girl for her birthday. A group of women vowed to run a marathon and donate proceeds to Running Start.

Richmond says that while Running Start has always believed in this work of preparing and encouraging young women to be involved in politics, it’s heartening that so many others are starting to see the significance of that work.

She Should Run
Over the past week, more than 2,000 women have pledged to run for office through the website of She Should Run, a national network encouraging the participation of women in politics. More than 1,500 have joined the “incubator”—an online platform that includes resources such as online courses and connections for women considering a political career. Hundreds of new donors have contributed thousands of dollars, which will go toward supporting She Should Run members and inspiring more women and girls across the country to aspire to work in politics.

“We have been humbled and galvanized by the outreach we’ve received over the past week,” said Executive Director Clare Bresnahan. “It’s a ray of hope to see individuals, entrepreneurs, and businesses rally for the cause of women’s equal representation.”

Environment and climate
Sierra Club
When the nation’s largest environmental protection organization sent an email to potential donors asking for help after Trump’s win, the group saw $110,000 come in over a period of 18 hours—the most ever for an email appeal. By the end of last week, the Sierra Club had added more new monthly donors in the time following the election than in all of last year.

Adam Beitman, a member of the organization’s media team, said people have expressed that donating is a way to fight back against attacks to our environment and democracy, and the Sierra Club is uniquely effective because of its presence in every state around the country.

“We see no reason to stop being on offense on climate and clean energy,” Beitman said. “We defeated most of the new coal plants proposed during the George W. Bush administration—184 to be exact—with grassroots power. We can and will do similar work under the Trump administration.”

Immigration
Coalition for Human Immigrant Rights of Los Angeles
The day after the election, CHIRLA—founded to protect immigrant families in response to the 1986 Immigration Reform and Control Act—received hundreds of phone calls, many from immigrants concerned about what a Trump presidency would mean for them. Others were hate calls.

These actions signify a “beautiful, beautiful blessing.”
After the Jezebel article recommended supporting it, CHIRLA received more than 200 donations, from a few dollars to hundreds. A filmmaker and an apparel company approached CHIRLA hoping to partner on a project. The group received messages of support from women who knew what it felt like to be targeted and stood in solidarity with immigrants; and from youth who had been helped by CHIRLA thanking the staff. A junior at Cal State studying communications offered to tell the stories of the people CHIRLA helps. A woman from a Jewish organization offered her time to make phone calls.

Director of Communications Jorge-Mario Cabrera sees that, though this election has brought about a “tectonic shift in society,” these actions signify a “beautiful, beautiful blessing.”

National Immigration Law Center
In the days after the election, NILC, which provides resources to and legal protections for low-income immigrants, has received 1,903 donations. Almost all of them came from new donors.

“We are ready to mount an all-out defense of the many victories immigrant communities have fought so hard for.”
Away from the office, a group of volunteers created a Crowdrise campaign called “Don’t Boo, Donate” to highlight six organizations, including NILC. On that page, $485 has been raised and donors have left dedication notes such as, “[For] my father, who believed in this country enough to leave everything and build a life here,” and, “For all those who just want a better life for their families in America.” More than 2,000 people signed up for a NILC email list.

“We will continue to fight—in the courtroom, if necessary—to ensure that the rights of immigrant and refugee communities are protected across the country,” said Executive Director Marielena Hincapié in a press release. “We are ready to mount an all-out defense of the many victories immigrant communities have fought so hard for.”

National Immigration Forum
The National Immigration Forum advocates for immigrants in America, and in the first few days following Election Day, received 250 new donors—growth they’ve rarely seen in such a short period. Since the election, the group has received phone calls from people asking what they can do to help and where they can volunteer. The office sees this as a message of hope, representing a growing number of Americans who want immigrants to be welcomed and thrive in American society.

The organization says it will be watching the Trump transition closely in the coming months, continuing to apply pressure on Congress and the incoming administration to protect immigrant and refugee rights.

Numerous supporters have filled out dedications for their donations, including in honor of Hillary Clinton and quoting the Statue of Liberty. Some donations were given in the names of Donald Trump and Mike Pence.

“In memory of my abuela,” one donor wrote. “Though we can’t give much in cash, we send you our wholehearted support,” said another. And, “In honor of my students.”

With some concern that government funding could be cut, the office has stressed that this support is crucial. Additionally, around 350 people have contacted about volunteering for one of the state’s eight offices. The organization has never received such support before.