The Debates Are Over, and No One Asked About Climate Change 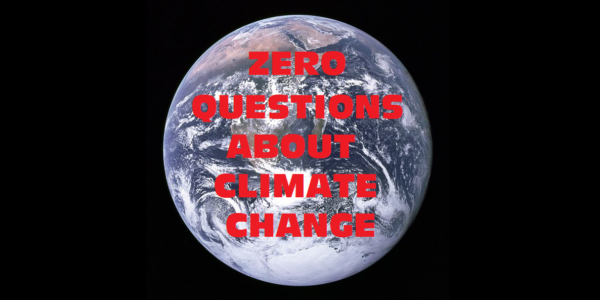 From campaign finance reform to gun violence to poverty to education to LGBTQ rights, lots of important subjects were ignored by corporate media debate moderators in the presidential (and vice-presidential) debates. All of these topics are urgent and deserve a spotlight on the national stage. But one topic stands out as a non-factor: climate change.
Climate change—or, more accurately, climate disruption—is the greatest existential threat of our time. It threatens the economy, national security and health, exacerbates poverty and racism, and threatens to undermine or compound virtually all other issues discussed on the stage tonight.
Scientists say that burning the oil, coal and gas in currently operating fields would warm the Earth by more than 2 degrees Celsius, considered (probably optimistically) to be the limit of catastrophic change (New Republic, 9/22/16). That means that to avoid global disaster, the only appropriate response is to conduct no further digging or drilling at all. To transition to a post-fossil fuel future is a monumental endeavor with lots of pieces we need to talk about. Elite media’s evident notion that they can whistle past it—as thousands of people put their lives on the line in Standing Rock, as the Wayuu disappear—is the height of irresponsibility.
Despite this, and despite the fact that the world has endured 16 consecutive months of record-breaking heat, not one of the debate moderators saw fit to ask about it in any of 2016’s general election debates.
Making this omission even worse: In the 2012 presidential debates, there were zero questions about climate change as well. Indeed, it was not even mentioned by either Mitt Romney or President Barack Obama. In over eight hours of presidential debates spanning four years, there were only four utterances of the term “climate change” on the most important political stage. All by Hillary Clinton, all in passing. All entirely unsolicited.