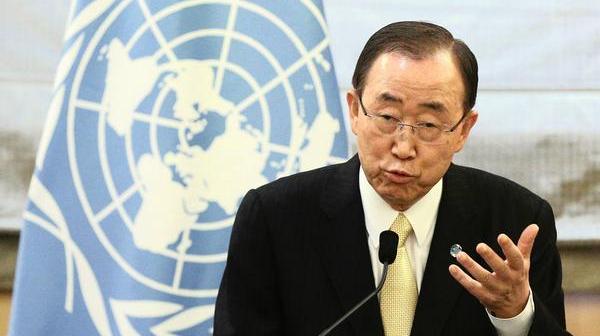 The UN said Tuesday a second peacekeeper had died following an attack on a base in northeastern Mali, as it reported serious failings in its most dangerous ongoing mission.

More than 11 000 UN police and military are currently serving in Mali, attempting to guarantee security in lawless swathes of the vast Sahel nation.

A UN statement released early Tuesday said “a second peacekeeper died overnight from his injuries,” in the attack near the Algerian border. A peacekeeper from Chad was already known to have died on Monday, joining more than 100 others who have lost their lives serving the UN’s deadliest active deployment.

Late on Tuesday it emerged a civilian was also killed on Monday when he stepped on a mine in Aguelhok. “He died on the spot,” his parents said.

The deaths coincided with the scheduled publication Tuesday of UN Secretary-General Ban Ki-moon’s latest report on the crisis facing the Mali mission as it loses vital equipment and faces a rising threat from militants.

Attacks against the UN force and Malian security forces were “increasingly frequent, bold and well coordinated,” Ban said. On Tuesday a Malian solider escorting a convoy in the Timbuktu region became the latest casualty.

Under increasing pressure, the report admitted the mission was responsible for the death of a detainee arrested over terrorism offences and two cases of torture it said were committed by the mission in the last four months.

Ban said that an investigation had been launched and vowed “corrective measures”, and mentioned two other cases of “sexual exploitation” and abuse that have been lodged against its staff since the beginning of the year.

Continued equipment shortages – particularly a lack of helicopters – meant peacekeepers would be “handicapped in carrying out its mandate, and the confidence that the signatory parties and the population have in the mission will suffer,” the secretary-general said. The Netherlands is due to pull out its seven aircraft in early 2017, exacerbating the problem.

Only a third of the expected financing for humanitarian projects in 2016 has been received, putting civilian lives at risk, Ban said.

The UN’s World Food Programme said last week that school meals for nearly 180 000 children in about 1 000 schools were in jeopardy, in a country where one meal a day is a major incentive for parents to send their children to school.

Ban also emphasised that while some progress had been made to secure the troubled peace process that began last year, developments in the country’s troubled north had been limited.

Bloody clashes between pro-government armed groups and former rebels were a violation of a peace accord, and those fighting around the Kidal region should potentially face sanctions, he added.

Mali last year concluded a peace deal between the government, its armed proxies, and Tuareg-led rebels who have launched several uprisings since the 1960s. The deal’s implementation has been patchy.

There was “no government presence in the regions of Kidal and Taoudenni” for security reasons, Ban said. and a limited presence in other northern areas affected by fighting.

Northern Mali fell into the hands of jihadists linked to Al-Qaeda in early 2012 – briefly backed by Tuareg-led rebels – throwing the country into chaos.

An ongoing international military intervention that began in January 2013 has driven Islamist fighters away from the major urban centres they had briefly controlled, but large tracts of Mali are still not controlled by domestic or foreign troops.