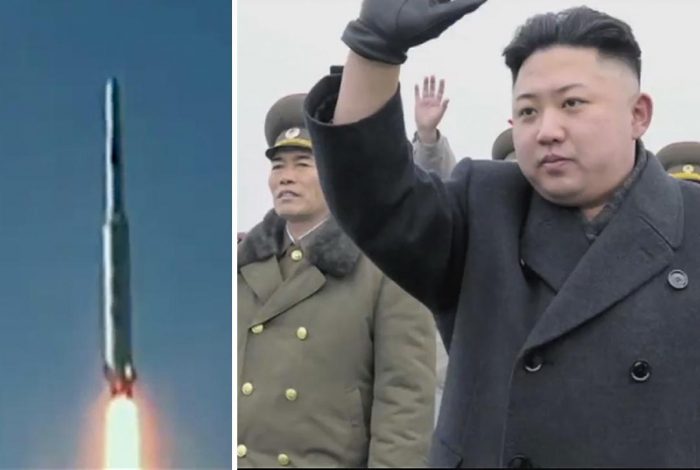 • Unstable psychopathic leader in charge of all of the above.

With this development, the containment policy that most of the international community has relied upon for more than half a century to limit the North Korean regime’s threat to the rest of humanity is on the verge of collapsing.

The South Korean military estimates the explosive yield of the blast at about 10,000 tons of TNT. The nuclear bomb dropped on Hiroshima in 1945 packed 12,000 to 15,000 tons of explosive yield, leveled 90 percent of the city and killed 80,000 people in a flash.

“The longer that North Korea is able to expand its nuclear delivery capability, the more empty US condemnations may become and the closer North Korea will edge toward winning de facto acceptance of its nuclear status,” wrote Scott A. Snyder, senior fellow for Korea Studies at the Council on Foreign Relations.

With Pyongyang’s nuclear program advancing, tension on the Korean Peninsula is as intense as any period since the North and South reached an armistice agreement in 1953.

The US presidential election is doing little to inspire confidence in the region. In March, Republican Donald Trump ignited a thermonuclear firestorm with his contention that Japan and South Korea should wage a nuclear arms race with North Korea.

North Korea has either successfully tested or is actively developing all elements of a fully capable nuclear-weapons arsenal. The time has come to seriously face the reality that the world’s most powerful totalitarian nation will soon be threatening at least half the Earth with atomic Armageddon.

With the Earth-shaking blast at the Punggye-ri nuclear test site on September 9, the Orwellian regime of Kim Jong-un in Pyongyang has proven the ability to unleash Hiroshima-scale destruction with atomic bombs. All that North Korea has left to prove is the ability to miniaturize atomic bombs to equip nuclear-tipped missiles.

That’s an exceedingly dangerous precipice less than a month before the US elects either the hawkish Hillary Clinton or the unpredictable — and perhaps unstable — Trump. Even the increased threat of nuclear confrontation could be fatal to a global economy losing confidence by the day.

The North Korean military is actively developing and testing missiles capable of delivering nuclear warheads to regional neighbors such as Japan, including truck-mounted and submarine-fired ballistic missiles. Just as disturbingly, a North Korean statement shortly after the September 9 atom bomb test affirmed that the outcast country can produce “at will, and as many as it wants, a variety of smaller, lighter and diversified nuclear warheads of higher strike power.”

The Kim regime’s ICBM capability is also nearly within grasp, with multiple tests of the three-stage U nha-3 missile, including the successful delivery of a payload into space in December 2012.

It is unclear whether the Unha-3 can accurately deliver a warhead to Alaska or the US West Coast.

“All parties including North Korea should recognize that tumult on the peninsula, war and instability in Northeast Asia will benefit nobody,” Xinhua’s September 9 statement said.

The maturation of North Korea’s nuclear weapons program begs an existential question: How do you contain a rogue totalitarian regime that is capable of incinerating the cities of its regional neighbors and select targets over half the world?
The governments of regional and world powers such as China, Japan, Russia and the United States can either rise to this challenge, or humanity will slip back into the nuclear-weapons-fueled terror of the Cold War.

The options available to the international community are limited. Even though containment of Kim Jong-un’s government appears destined for failure, intervention bears tremendous risks as well. In May, Austin, Texas-based Stratfor, a security -consulting firm, published a detailed report on the likely retaliatory damage North Korea could inflict in response to a military attack.

“What North Korea lacks in sophistication it makes up for in guile. Its answer to any attack would go beyond conventional means to include its experienced commando force, cyberwarfare capability and submarine force, at the very least,” the Stratfor report says.

Despite the wall of secrecy surrounding the regime’s inner circle, Kim Jong-un is clearly one of the most dangerous national leaders on the planet. In 2013, he was cast as a nuclear-armed madman after having his uncle executed. Just as disturbing, Kim Jong-un could be soberly and shrewdly reading from the Stalinist playbook perfected by his predecessors: his grandfather, Kim Il-sung, and his father, Kim Jong-il.

For more than half a century, the Kims have pulled the levers of totalitarian power to enslave the North Korean people, including single-party government, concentration camps and state control of the media. Once Kim Jong-un adds a nuclear arsenal to his totalitarianism toolbox, he will be able to exert influence far beyond North Korea’s borders.