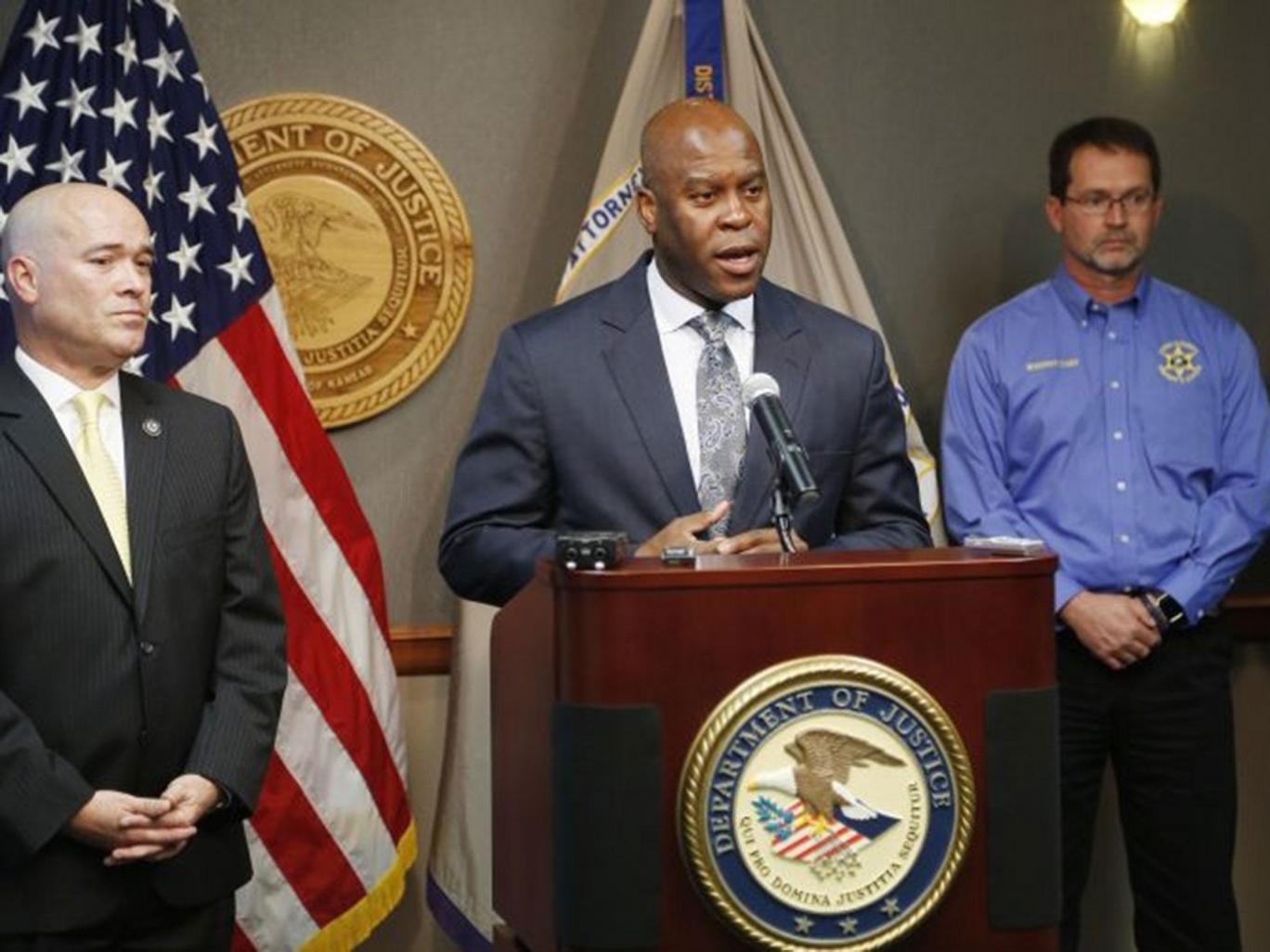 Three Kansas men were accused of plotting a bomb attack targeting an apartment complex home to a mosque and many Muslim immigrants from Somalia, authorities said on Friday.

Curtis Allen, Gavin Wright and Patrick Eugene Stein face federal charges of conspiring to use a weapon of mass destruction, the Department of Justice announced.

“These charges are based on eight months of investigation by the FBI that is alleged to have taken the investigators deep into a hidden culture of hatred and violence,” acting US Attorney Tom Beall said in a statement. “Many Kansans may find it as startling as I do that such things could happen here.” 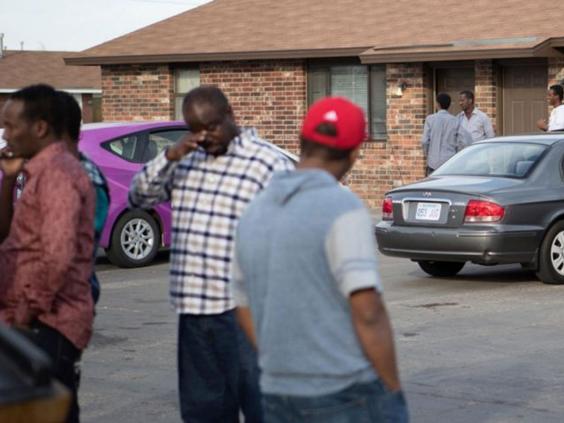 People stand outside a mosque located within an apartment complex, which federal authorities allege was to be targeted in a bomb plot by three Kansas men, in Garden City, Kansas, US, 14 October, 2016 (Reuters)

According to the complaint, the investigation was prompted by a paid confidential informant who had attended meetings with a group of individuals calling themselves “the Crusaders,” and heard plans to attack Muslims, whom they called “cockroaches”.

The three men charged on Friday were ultimately identified as the architects of the attack plan, the FBI complaint stated, through a combination of recordings, social media and reporting from the confidential informant.

The group routinely expressed their hatred for Muslims, Somalis and immigrants. In one call, Stein allegedly said the country could only be turned around with “a bloodbath”. The individuals said they wanted to “wake people up” and inspire other militia groups to act. 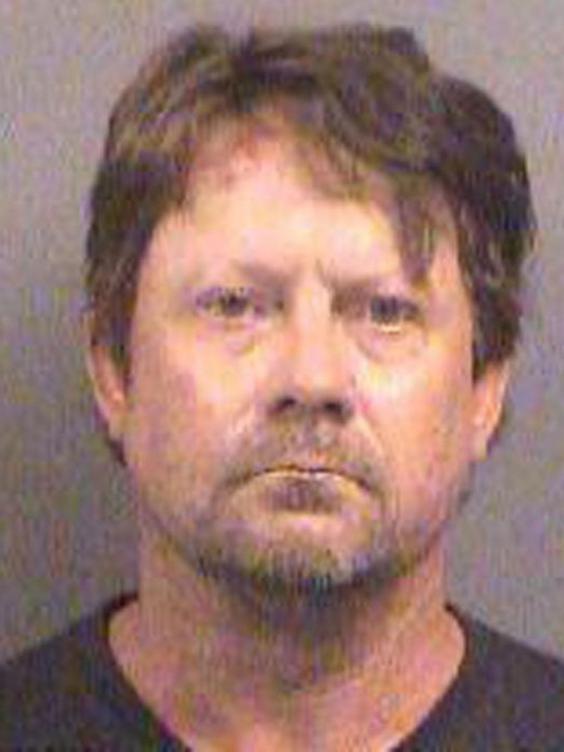 Police mugshot of Patrick Eugene Stein (AP)
The FBI says that as part of this plot, the men conducted surveillance in Garden City, Kansas, a small city about 200 miles west of Wichita, and other places in southwest Kansas.

At one point, Stein was being driven around by the confidential informant, who told the FBI that Stein yelled at Somali women in traditional garb and cursed at them.

During this surveillance, Stein was armed with an assault rifle, extra magazines, a pistol, a ballistic vest and a night vision scope, the complaint said.

The three men had been plotting “to use a weapon of mass destruction” since February. In June, Stein allegedly met with members of the Crusaders and brought up the Orlando nightclub shooting, carried out by a Florida man who pledged loyalty to Isis during the attack. 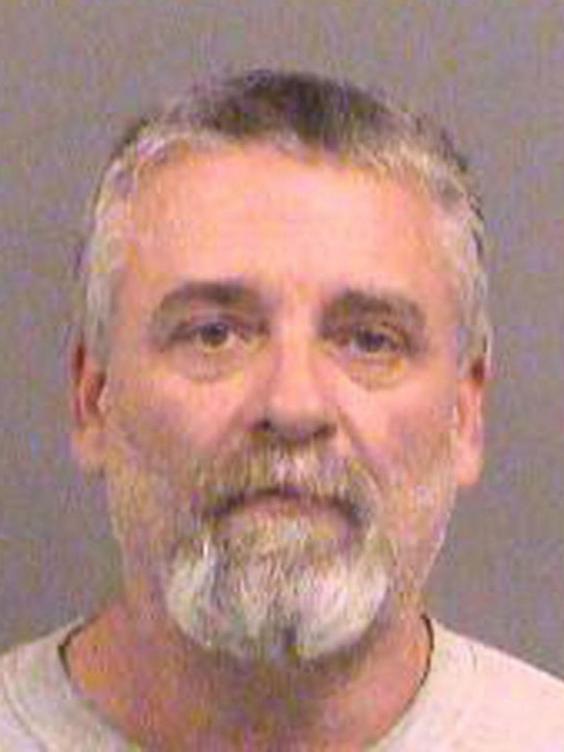 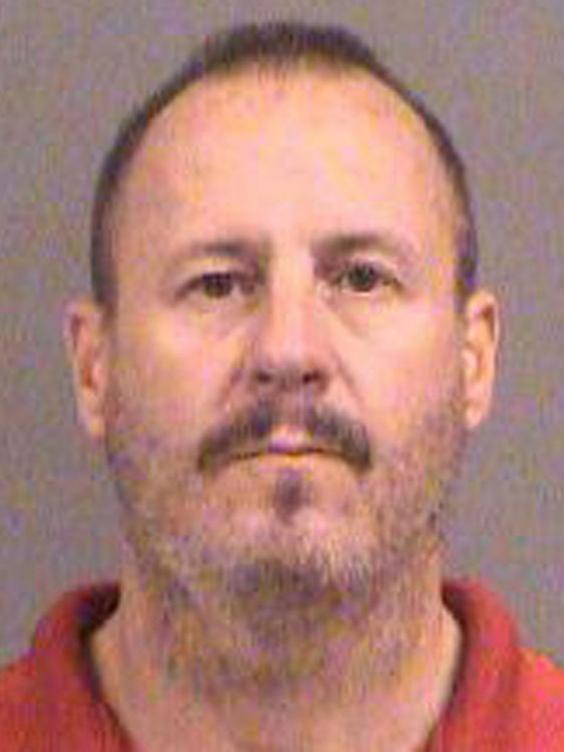 Police mugshot of Curtis Allen (AP)
The FBI said its informant met in July with the three men charged on Friday at a business owned by Wright and where Allen worked. They discussed potential targets, at one point putting pins in them on Google Maps, and “brainstormed various methods of attack, including murder, kidnapping, rape, and arson”, the FBI said.

“We’re going to talk about killing people and going to prison for life,” Allen said at one point, according to the complaint. “Less than sixty days, maybe forty days until something major happens. We need to be pre-emptive before something happens.”

“The only good Muslim is a dead Muslim,” Stein responded, according to the documents.

At another point in the conversation, Stein allegedly remarked: “If you’re a Muslim I’m going to enjoy shooting you in the head,” before telling the group: “When we go on operations there’s no leaving anyone behind, even if it’s a one-year old, I’m serious.”

Allen and Wright are both 49 years old, while Stein is 47. No attorneys were listed for the three men on Friday evening.

The trio were next scheduled to appear in a Wichita courtroom on Monday morning. If convicted, they face life in prison.

On Friday, the Council on American-Islamic Relations (CAIR) called for officials in law enforcement to offer “stepped-up protection for mosques and other Islamic institutions”.

“We ask our nation’s political leaders, and particularly political candidates, to reject the growing Islamophobia in our nation,” CAIR National Executive Director Nihad Awad said in a news release.