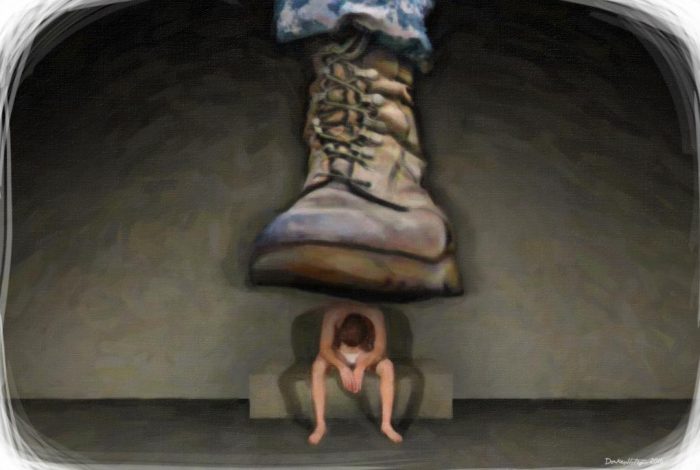 When a suspected criminal does not want to be taken alive and acts in a threatening and erratic manner in order to be killed by the police, it is referred to as “Suicide by cop.” Maybe a new term needs to be coined for what is being done to Chelsea Manning: “Murder by prison.”

Though the whistleblower is scheduled to be locked up for nearly another three decades, it certainly appears as if the authorities would not stand in the way of Manning speeding things up by taking her own life. There is really no other logical explanation for why she was sentenced to solitary confinement late last month following an unsuccessful suicide attempt.

Manning, who is transgender, is serving her sentence in the all-male United States Disciplinary Barracks at Fort Leavenworth, Kansas. Try to imagine what that is like for somebody transitioning to live as a woman. If you have trouble doing that, then just look at the facts, which show how vulnerable Manning is: More than 40% of transgender people have attempted suicide — a rate that is almost nine times higher than the national average.

But that is not the only risk factor. As WhoWhatWhy has reported, an average of 20 veterans are killing themselves every single day. It would seem that, in light of these known facts, prison administrators would have taken special care to protect Manning from harming herself.

Unfortunately, it appears that they are doing the opposite by pushing her toward suicide instead. After Manning attempted to take her own life a month ago, she was sentenced to two weeks of solitary confinement.

WhoWhatWhy has covered the devastating effects of solitary confinement and psychologists believe that is the last thing that should be done to a person who is a suicide risk.

“It is pretty well established that solitary confinement has a very detrimental effect on a person’s mental health, and for people with pre-existing mental vulnerabilities it can be close to torturous,” Ron Hornberg of the National Alliance on Mental Illness told The Guardian. “It’s a sure-fire way to worsen symptoms.”

This must be known to prison officials in Kansas, so what could be the reason for placing an inmate in solitary confinement who attempted to take her own life and belongs to two high-risk groups for suicide? Could it be that they are rooting for Chelsea Manning to take matters into her own hands by killing herself and serving as a deterrent for others who think about blowing the whistle on government misdeeds?

The way Manning is being treated is shameful. One measure of the greatness of a country is how it treats regime critics, especially those who point out legitimate shortcomings. In this regard, the United States is not just failing Chelsea Manning, it is failing us all.

The cartoon above was created by DonkeyHotey for WhoWhatWhy from these images: body (SenshiStock / DeviantArt – CC BY 3.0) and Army boot (Master Sgt. Michel Sauret / US Army).