WANDIA: I have seen the baby steps, FGM will end in Egypt 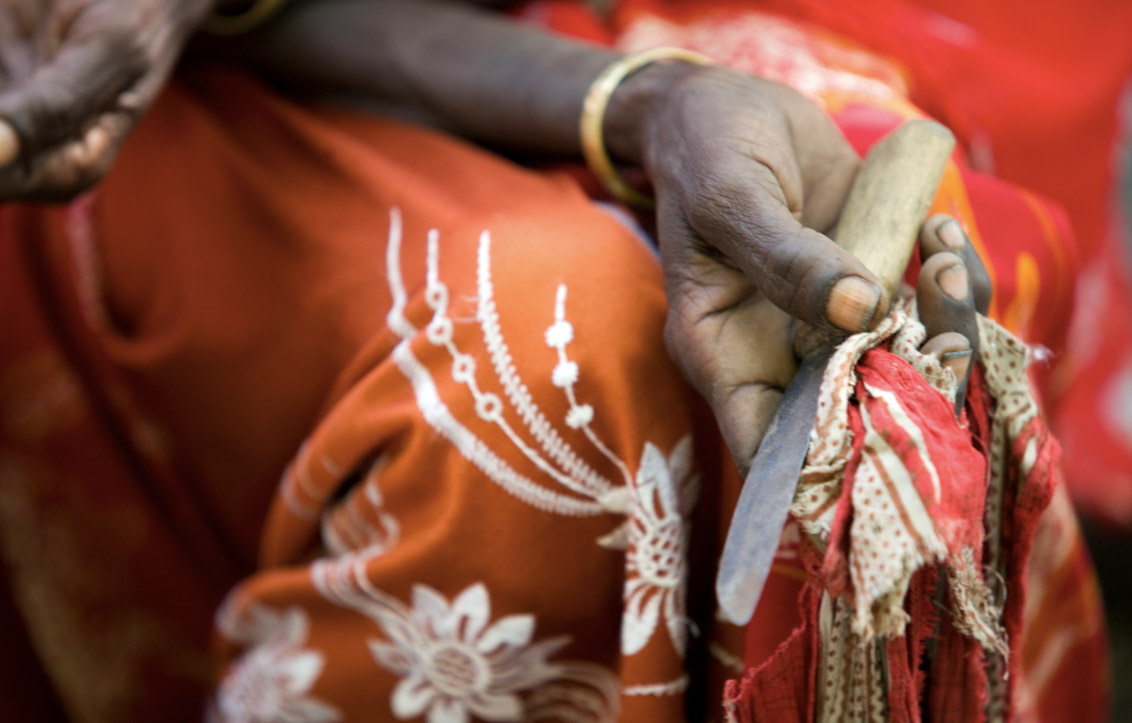 An undated handout picture made available by The United Nations Children’s Fund (UNICEF) on 05 February 2016 shows Boko Mohammed, a former excisor, a practitioner who performs female genital mutilation/cutting (FGM/C), holding the tool she used to perform the procedure at a community meeting in Kabele Village, in Amibara District, Afar Region, Ethiopia. Photo/EPA
‘Just to let you know that the Egyptian Parliament has approved the draft law on FGM.’ This time it was different. I have always dreaded opening emails or receiving phone calls about our campaign to end female genital mutilation (FGM) in Egypt. This little voice in me would always whisper “not another girl subjected to FGM, not bad news”,but in just 16 words, she broke the good news; one of the shortest emails from my colleague, Suad Abu-Dayyeh, but one which joined the dots of change. Since Equality Now and partners started work in Egypt 21 years ago, the goal has been upholding the rights of girls and women by intensifying the campaign to End FGM.

I always say that, the law is as important as the attitudinal change in ending FGM. The Egyptian Parliament has taken yet another crucial step in curbing a human rights violation, which has not only led to the death of girls in Egypt in the hands of medics and traditional circumcisers,but one meant to control the sexuality of women and girls.

In the two years that I have worked with women and girls in Egypt, I have seen the devastation that FGM causes. The death of 13-year-old Soheir al-Batea, who died in the hands of a doctor who mutilated her instead of protecting her in 2013, painted the picture of the extent of medicalization of FGM in the North African country. Dr. Raslan Fadl, the medic in question, was initially released on bail, he avoided arrest and continued to practice in his clinic, reportedly continuing to even perform FGM, but in July 2016 the campaign to bring him to book paid off. He became the first doctor to ever be convicted of carrying out FGM in Egypt.
Another death due to the outlawed extreme form of violence against women and girls in Egypt was reported in May 31st 2016. 19-year-old Mayar Mohamed, a twin who had been taken to El Canal Hospital for medicalized FGM  together with her sister did not survive.

So when I received the news on Wednesday that the Egyptian parliament had approved the draft law on FGM, I celebrated the win for all Egyptian girls and women. I was delighted that finally justice will prevail. Although the 15 years in prison provision for death and disability due to FGM is not good enough, it shows the government’s increasing commitment to end FGM. I would love to see the day the Egyptian law will be amended and have a life in prison penalty in its place.

The crime of FGM was upgraded from a misdemeanor to a felony. The amendment will see a perpetrator getting up to seven years in prison for performing FGM and those accompanying a female to undergo FGM between one and three years in prison, while injury caused due to FGM attracts up to two years in prison or a fine of between EGP 1,000 – 5000 (112 – 563 USD). This amendment will hopefully see the decline of the practice in the country.

In Egypt, more than 75% of FGM procedures are performed by medics. 2013 data from UNICEF indicates that Sudan is second highest with over 50%, while Kenya has the third highest rate at around 40%. This highlights the fact that medicalization of FGM is a challenge in countries which have laws such as Egypt and Kenya and those without like Sudan.

Kenya has banned FGM but more is required to ensure full implementation of the law. Egypt could borrow a leaf from Kenya’s Prohibition of FGM Act 2011, on medicalization. Article 19 (1) is very clear: if a person causes the death of another, that person shall, on conviction, be liable to imprisonment for life.