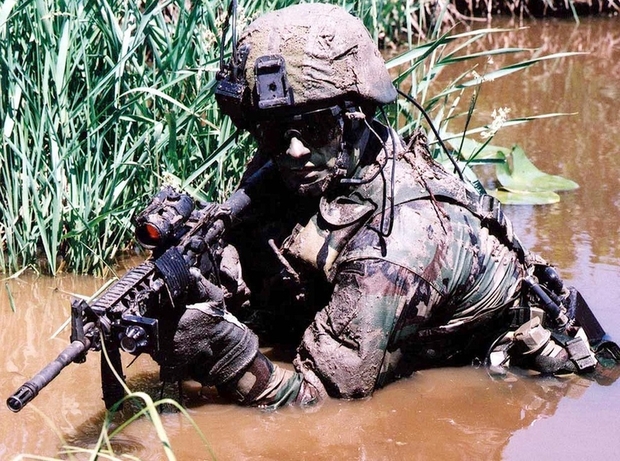 An American Muslim marine has accused his superior officer of repeatedly calling him a terrorist and forcing him to get inside an industrial clothes drier before tuning it on and burning him, the Washington Post has reported.

According to the report, published on Tuesday, the drill sergeant repeatedly tormented the recruit by calling him a “terrorist” and saying that he would “kill us all the first chance” he got.

He would ask questions such as “What are your plans? Aren’t you a terrorist?”

The allegations of abuse carried out at a training centre in Parris Island, South Carolina, have not yet been made public but were seen by the Washington Post. The trainee and his drill sergeant have not been named.

The report comes just months after it surfaced that Raheel Siddiqui, a 20-year-old recruit of Pakistani origin, died while running away from the same drill sergeant.

According to the reports, Siddiqui jumped to his death from a stairway more than 12m up while trying to flee the instructor who had just slapped him.

Since the incident, the US Navy has begun investigating the allegedly harsh tactics used in Marine Corps training at the South Carolina base. Last week, service officials said 20 Parris Island soldiers could face criminal charges or disciplinary action after an initial probe.

It is alleged that Islamophobic as well as ethnic and homophobic abuse has been hurled at recruits at the facility and that repeated, unauthorised physical training has resulted in some injuries. On at least one occasion, drill instructors are also alleged to have come in drunk and brought alcohol on to the premises.

“When America’s men and women commit to becoming marines, we make a promise to them. We pledge to train them with firmness, fairness, dignity and compassion,” he said.