September 13, 2016February 23, 2021 by admin
Middle East Eye
September 12, 2016
Military says it will continue to strike ‘terrorist targets’, hours after US-backed rebels said they would not disentangle from Nusra Front 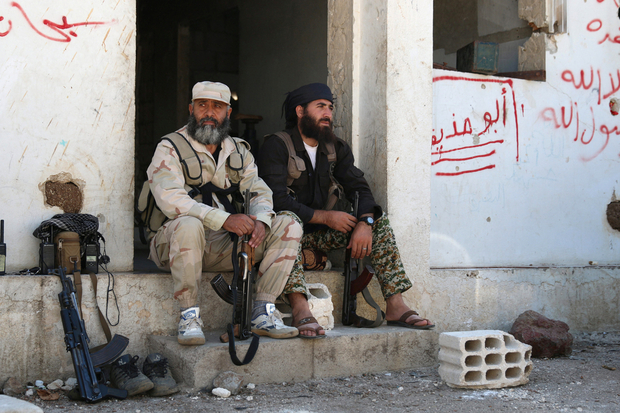 Russia said on Monday it would continue to target “terrorist” groups during a ceasefire in Syria, which came into effect at 5pm UK time on Monday.
“Today from 7pm [local time] the cessation of hostilities is being resumed across all the territory of Syria,” senior Russian military official Sergei Rudskoi said at a briefing,
He added, however, that Russia would “continue to carry out strikes against terrorist targets”.
The definition of who is and is not a “terrorist” was central to the failure of a ceasefire in February, when Russian bombs fell on rebels supported by the US but proscribed by Moscow.
The statement came after Syria’s major opposition group said its members would comply with the latest cessation of hostilities brokered by the US and Russia, due to come into force on Monday evening.
“The decision is taken,” the opposition source inside the HNC umbrella group told the Reuters news agency on condition of anonymity.
“In the next few hours there will be a statement where we state that, but there will be a lot of harsh reservations and observations regarding the whole package. But as a final takeaway, we do agree.”
The source said the acceptance had already been communicated to the United States, which finalised the proposed package with Russia on Friday.
The deal will be backed by “the largest groups”, including Ahrar al-Sham, a militant group that had vocally criticised the deal, the source said.
The apparent agreement came hours after after Syria’s president, Bashar al-Assad, vowed he would take back all of his country.
“The armed forces are continuing their work, relentlessly and without hesitation, regardless of internal or external circumstances,” he said.
The government has however said it would abide by the US-Russia deal.
Russia meanwhile on Monday said it would not stop its attacks on Nusra Front and Islamic State targets – two groups both Russia and the US recognise as terrorist entities.
But Nusra’s cooperation with other rebel groups led to the fall of a February ceasefire deal, when Russia continued bombing rebels it considered to be aligned with the group, which recently changed its named to Fateh al-Sham.
“Targeting Fateh al-Sham and treating it in a different way to the Iran-backed Shia militia, and pushing us or expecting us to agree to a package where part of it is to bomb them, is going to create a lot of internal problems, and it’s already happening on the ground, and there’s a lot of tension,” the opposition source told Reuters.
“We want to cancel out any possibility of internal confrontation by clearly stating that we do not agree or endorse the idea of targeting Fateh al-Sham because the other side does have other groups that fit the designation criteria, but they are acting freely and with coverage inside Syria.”
Armed groups would continue to operate with Nusra, the opposition source said, because it was impossible to disentangle the forces that fought side by side.
“From our point of view it’s business as usual,” the source said, adding that it was unclear how the United States and Russia planned to cooperate on targeting the banned militants.
Opposition groups belonging to the Free Syrian Army had already signalled their assent to the deal on Sunday, telling the United States that while they would “cooperate positively” with the ceasefire, they were concerned it would benefit the government.
The terms of the deal mean that if the peace holds for about nine days, Syria’s air force will be sidelined and joint US-Russian strikes will begin against IS and Nusra.