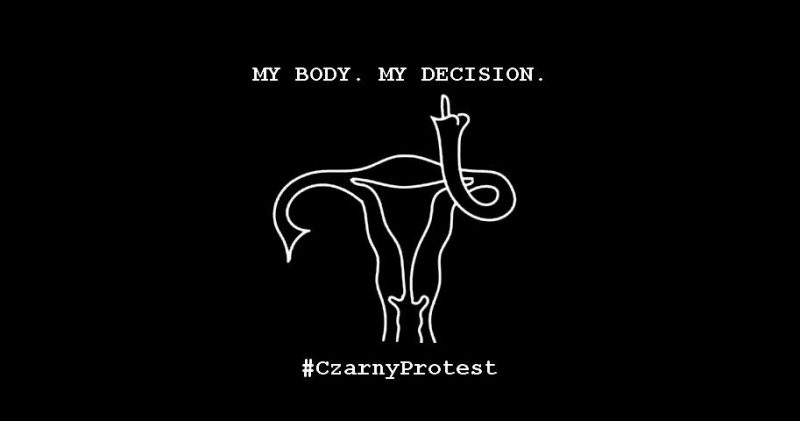 The hashtag #czarnyprotest (“BlackProtest”) is trending in Poland today, as thousands of people share photos of themselves dressed in black to protest against legislation that would criminalize almost all kinds of abortion and toughen the country’s already severe anti-abortion laws. 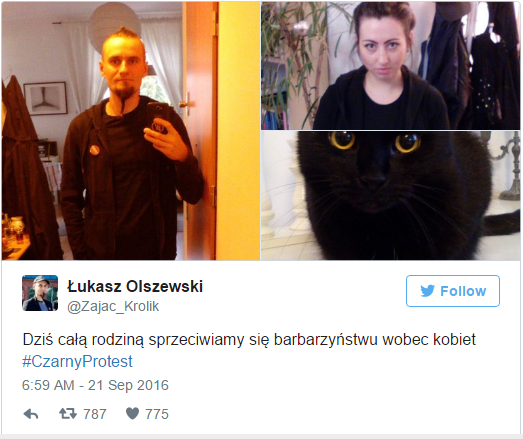 “Today, the whole family is opposed to barbarism against women. #BlackProtest
Prepared by a think-tank with the backing of the Catholic Church and the ruling right-wing party PIS, the near-total abortion ban would introduce jail sentences of up to five years for causing “the death of a conceived child.”

Allowing abortions only under the specific condition that a mother’s life is in danger, all other circumstances would be made insufficient grounds for terminating a pregnancy, including cases of rape, incest, or fetal anomalies. If passed, the law would apply both to women (and girls) seeking abortions and the doctors who perform the procedure.

Many Internet users now expressing their objections to the legislation are calling the law “barbaric” and a breach of women’s rights.

A live “black protest” initiated by the left wing party RAZEM (“together”) took place in front of the Polish Parliament building, where lawmakers debated the proposal on September 22. During that debate, all political parties distanced themselves from the project. The legislature will hold a formal vote on Friday, September 23.