by Rania Khalek, Electronic Intifada, 14 September 2016, The Obamaadministration has signed a $38 billion military aid pact with Israel in what the State Department boasts is the “single largest pledge of bilateral military assistance in US history.” The record agreement will provide Israel with $3.8 billion annually over 10 years beginning in 2019, up from $3.1 billion under the current deal. 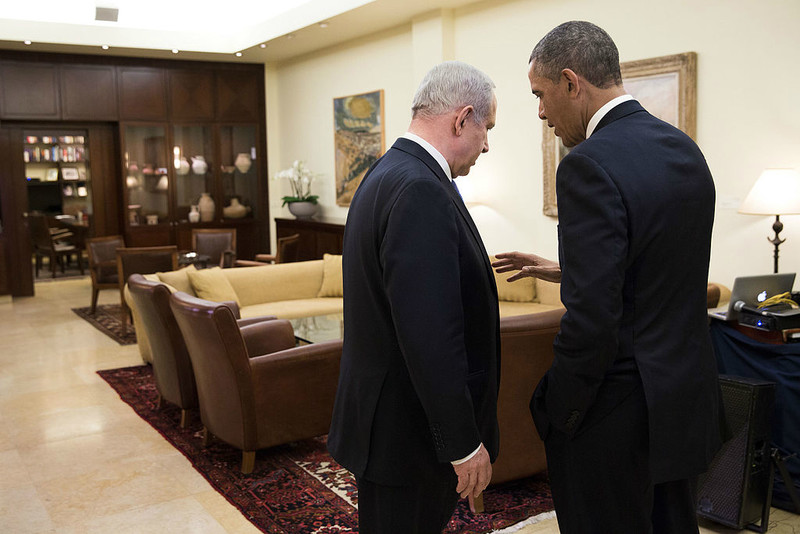 At a time when the US government supposedly can’t afford to provide poor and working Americans with basic services like universal health care – something Israelis enjoy – it is striking that there is always money available to enable Israel’s ongoing destruction of Palestine.
Democratic presidential nominee Hillary Clinton, who has expressed opposition to universal health care and free college tuition, cheered the aid deal.
“Senator [Tim] Kaine and I applaud the agreement on a new memorandum of understanding regarding American security assistance to Israel,” said Clinton in a statement released by her campaign.
Clinton also used the deal as an opportunity to saber-rattle against Iran, show off her military hawkishness against ISIS and reiterate her commitment to combating growing activism against Israel’s criminal conduct, which Israel refers to as “delegitimization.”
“The agreement will help solidify and chart a course for the US-Israeli defense relationship in the 21st century as we face a range of common challenges, from Iran’s destabilizing activities to the threats from ISIS and radical jihadism, and efforts to delegitimize Israel on the world stage,” she said, reiterating her January promise to “take our relationship to the next level.”

President Barack Obama didn’t have to do this. It’s not as though he needs to appease the Israel lobby. He isn’t running for re-election.
And Americans, especially liberal and younger Democrats, are increasingly opposed to Israel’s violations of Palestinian rights.
In fact, with just a few months left in office, Obama was uniquely positioned to use massive US leverage to pressure Israel into halting its crimes against the Palestinians. At the very least, he could have refrained from upping the ante.
So why then is he showering Israel with more weapons?
“Obama’s aides want a new deal before his presidency ends, seeing it as an important part of his legacy. Republican critics accuse him of not being attentive enough to Israel’s security, which the White House strongly denies,” reported Reuters.
And what a legacy it will be.
Obama has doomed Palestinians to an extra decade of suffocating repression, ethnic cleansing and periodic slaughter at the hands of a government increasingly made up of racists, fascists and genocide enthusiasts whose demagoguery rivals that of Donald Trump.
The idea of funneling even more weapons to Israeli defense minister Avigdor Lieberman, who called forbeheading Palestinian citizens of Israel for disloyalty to the state, is alarming.
Lieberman is currently executing a campaign of collective punishment against the families and towns of Palestinians accused of committing crimes against Israelis.
Lieberman works alongside people like Ayelet Shaked, who was appointed justice minister after endorsing a genocidal call to slaughter Palestinian mothers in their beds to prevent them from birthing “little snakes.”
During his administration, Obama has responded to this rising fanaticism among Israeli senior leadership officials with more weapons and diplomatic cover.
With this latest aid deal Obama is guaranteeing the capacity of people like Lieberman and Shaked to carry out their eliminationist goals long after he leaves office.
But surely Palestinians will understand the importance of their sacrifice in advancing Obama’s appeasement of his right-wing critics. After all, Obama’s legacy is at stake.

The signing of the deal comes just days after Israeli Prime Minister Benjamin Netanyahu accused those opposed to Jewish-only settlements in the occupied West Bank – built in flagrant violation of international law – of supporting the ethnic cleansing of Jews.
In a rare move, the US State Department rebuked Netanyahu, noting that Israel is the one forcibly displacing Palestinians in the occupied West Bank to make room for settlements.
Such concerns ring hollow in light of the new deal, which is unconditional as far as human rights violations are concerned.

Media outlets are describing certain stipulations in the aid deal, which took some 10 months to negotiate, as “major” “concessions” on Israel’s part.
Past deals have allowed Israel to spend 26.3 percent of US military aid on its own weapons industry. The new memorandum of understanding gradually reduces that amount, ultimately requiring Israel to purchase only from US weapons companies. In essence, it’s a gigantic giveaway to the US defense industry.
This particular Israeli “concession” won’t halt the destruction of Palestine, but it does represent a minor setback for Israel’s defense industry, which anticipates hundreds of millions of dollars in lost revenue as a result.
“We in the defense industry stand to lose $1.2 billion to $1.3 billion a year, including the $500 million Congress has allocated for special projects,” an Israeli defense industry source complained to the Tel Aviv newspaper Haaretz last month in reference to the measure.
The deal also includes an Israeli pledge to stop lobbying Congress for supplemental missile defense funding, which in recent years has accounted for as much as an additional $600 million for Israel in discretionary US funding each year.
But there are loopholes.
The pledge is “expected to be made in a side letter or annex to the agreement” and the “wording is likely to be flexible enough to allow exceptions in case of a war or other major crisis,” according to Reuters.
Whether it is US or Israeli weapons makers who benefit, Palestinians lose.
As Rebecca Vilkomerson, the executive director of Jewish Voice for Peace, put it, “increasing the military aid package is rewarding destructive Israeli behavior that violates longstanding official US policy and international law. As a result, the US is effectively underwriting Israel’s occupation and apartheid policies towards the Palestinians.”